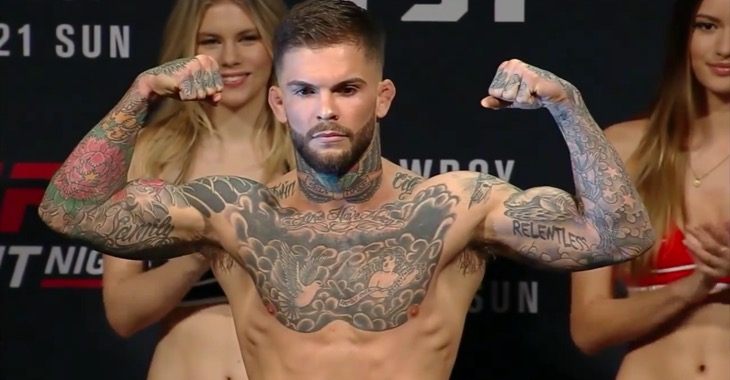 Last night, in the main event of the UFC’s latest trip to Portland, Oregon, John Lineker (29-7) scored a split decision win over John Dodson in a very competitive – and very entertaining – encounter.

With the win, Lineker is now 4-0 since moving from flyweight to bantamweight, having defeating Francisco Rivera, Rob Font and Michael McDonald before besting Donald. This streak has led the stone-fisted Brazilian to begin campaigning for a title shot against reigning UFC bantamweight champion Dominick Cruz. Unfortunately, the repeated failures to make weight the plagued Lineker at flyweight continue to mar his career at bantamweight. While he made weight for his bouts with Rivera, Font and McDonald, he was half a pound over the bantamweight limit for his bout with Dodson. Though this is a fairly small slip-up as far as weigh in misses go, it still takes a bit of the juice out of his latest win.

Given Lineker’s continued weight issues, and the fact that he only narrowly escaped his bout with Dodson with a win, some members of the MMA community are of the opinion that he’s still got a bit more work to do before he can rightfully call for a bantamweight title shot.

This, at least, seems to be the opinion of Cody Garbrandt (10-0), another top-ranked UFC bantamweight.

In the moments after Lineker’s split win over Dodson, Garbrandt took to Twitter to offer his thoughts on the fight.

Garbrandt also offered up his thoughts on the outcome of a potential fight between himself and Lineker – which was briefly scheduled for earlier this year, until Lineker withdrew from the fight with a bout of dengue fever.

Finally, also Garbrandt made yet another attempt at staking his claim to a title fight with Cruz, but assured that he’d defeat whoever the UFC gave him next.

While Lineker is undeniably in the title conversation after his win over Dodson, Garbrandt still appears to be the closer man to the shot.

Not only is he an impressive 5-0 in the UFC with recent KO wins over top-ranked fighters in Thomas Almeida and Takeya Mizugaki, but he’s also built up a fairly marketable beef with Dominick Cruz. And beef sells. Though a Cruz vs. Garbrandt bout is yet to be made official, there are plenty of rumors circulating to this end, most of which suggest the two bantamweights will go at it at UFC 207 this December.

Who do you think deserves the next bantamweight title shot? Sound off, PENN nation!