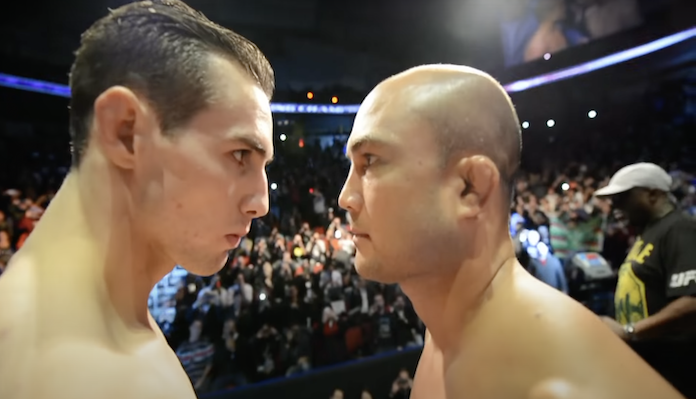 PFL welterweight Rory MacDonald praised former opponent BJ Penn, saying that he was someone who he looked up to coming up in the sport.

MacDonald returns to the cage later this month when he takes on David Michaud in a welterweight bout as part of PFL’s season three. MacDonald is a former UFC title challenger and a former Bellator welterweight champion, but he took his talents to PFL in search of a new challenge and the lure of the $1 million grand prize. For someone who has been fighting the best welterweights in the world for the past decade, the chance for MacDonald to go to the PFL and try to win another world title was something he couldn’t pass up.

Of course, MacDonald is still most well known for his run in the UFC between 2010 and 2016, where he went 9-4 overall fighting some of the best fighters in the world inside the Octagon. During his time in the UFC, MacDonald fought and defeated the likes of Tyron Woodley, Demian Maia, Nate Diaz, Jake Ellenberger, and of course BJ Penn, who he defeated at UFC on FOX 5 in December 2012. Speaking to Helen Yee, MacDonald singled out the fight with Penn as one of the most memorable of his career. He is using the fact he has fought and defeated so many legends of the game as motivation for his PFL run.

What do you think was the best win that Rory MacDonald has had in his MMA career?