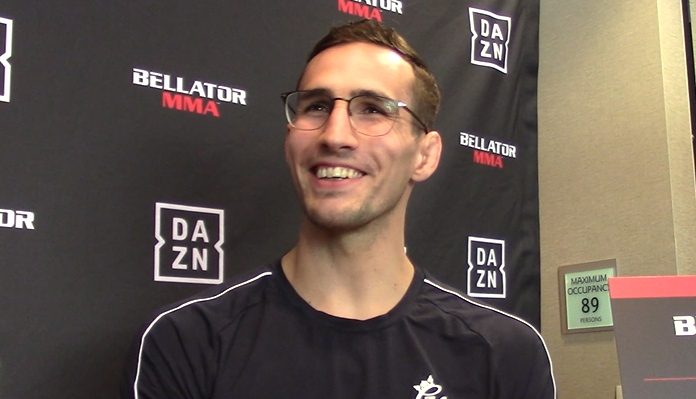 Former UFC title challenger and Bellator welterweight champion Rory MacDonald appears to be in phenomenal shape ahead of his PFL debut.

MacDonald (21-6-1 MMA) signed with the Professional Fighters League following a six-fight stint with Bellator. “The Red King” is coming off a loss to Douglas Lima in his most recent effort, which occurred back in October of 2019. Prior to that setback, Rory MacDonald was coming off a unanimous decision victory over Neiman Gracie.

As seen in the photo below, MacDonald is clearly taking his run at PFL’s $1 million dollar grand prize seriously. The Canadian standout is looking insanely jacked ahead of his promotional debut.

“Approaching 3 months out from @pflmma 1st Round of the 2021 regular season. I’m ready for battle.”

Rory MacDonald recently revealed that his first fight with PFL will take place on April 19.

“My upcoming fight is April 29 in, wait, I don’t know where it is yet, but April 29 I believe. That will be will be my first round of the PFL regular season,” MacDonald said during a recent Q&A, noting Ray Cooper III and Magomed Magomedov as potential opponents.

Prior to his title earning stint with Bellator, Rory MacDonald competed thirteen times under the UFC banner. During his run with the Ultimate Fighting Championship ‘The Red King’ earned victories over Tyron Woodley, BJ Penn, Demian Maia and Nate Diaz.

MacDonald recently suggested that he would entertain a UFC return once he is done collecting a million dollars from PFL.

“UFC comeback? Possibly. We’ll see. I plan on doing some of my best fights in PFL in the next couple of years while I’m with them, but you never know what’s going to happen after that,” the 31-year-old MacDonald said.

Do you think Rory MacDonald will be able emerge victorious in PFL’s welterweight tournament? Share your thoughts in the comment section PENN Nation!