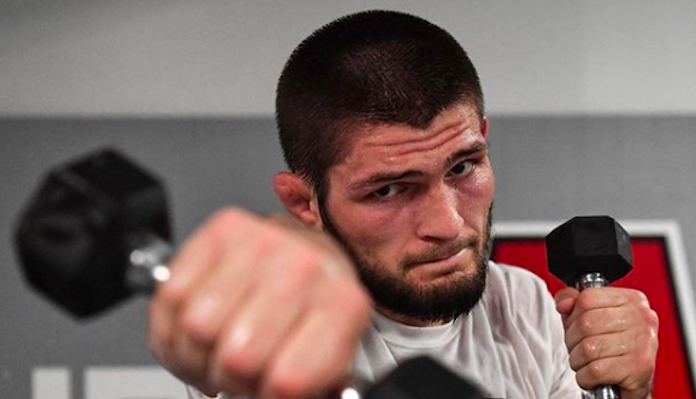 Khabib Nurmagomedov’s father is hinting that, after 30 fights, his son will retire from mixed martial arts competition.

Nurmagomedov maintained his incredible undefeated record at UFC 242 against Dustin Poirier. He beat “The Diamond” in the third round via submission and brought his record up to 28-0.

His next matchup is in the air. A potential Tony Ferguson or Georges St Pierre fight is being discussed, but nothing is confirmed at this juncture. When Nurmagomedov’s father was asked about the future an interview with Russian outlet TASS, he suggested that his last fight could come soon.

“Regarding his last fight, then, of course, we would like his final title defence to be in Moscow,” he said.

UFC pundits such as Joe Rogan have predicted that Khabib Nurmagomedov will retire soon. Because he has such a high win-streak, it makes sense for the champion to quit whilst he’s ahead. Also, Khabib has suffered some health complications in the past due to weight cutting which could influence a retirement decision. He is interested in securing a “legacy” fight and is hopeful that Georges St Pierre will come out of retirement to help him fulfil this.

Conor McGregor is also itching to return to the Octagon, and who better to fight than his chief rival, Nurmagomedov. McGregor is looking to vindicate his loss against the Dagestani fighter from UFC 229 when McGregor tapped out during the fourth round.

Whilst nothing is finalized at present, it is certain that the next two fights for Nurmagomedov will draw in large numbers, especially if they take place in his home country of Russia. If Nurmagomedov does retire after 30 fights, who would you like to see against him in his final two? Let us know in the comments below!