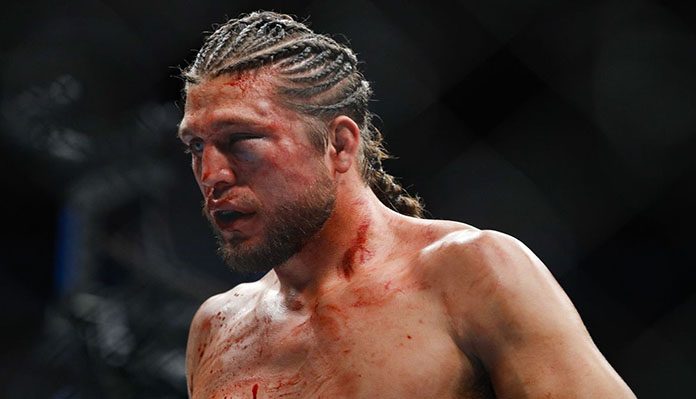 UFC featherweight contender Brian Ortega explained why he believes a Max Holloway rematch would “go a lot different” than the first fight.

Ortega and Holloway first met back at UFC 231 in December 2018 for the UFC featherweight title. In one of the biggest beatdowns of the year, Holloway pieced up Ortega for the first round rounds before the doctor stopped the contest. That was nearly two years ago, but before Saturday’s fight pitting Ortega against his rival The Korean Zombie, that was the last time we had seen Ortega step into the Octagon and compete.

At Saturday night’s UFC Fight Island 6, Ortega returned from a long layoff to have one of the most impressive performances of his career as he won a lopsided unanimous decision over The Korean Zombie. Speaking to reporters after the fight, Ortega said that he is interested in a rematch with Holloway despite his former rival no longer holding the UFC featherweight, saying he believes a second fight would “go a lot different.”

“It would just look different. I’m not here to promote anything and say this or that. I just know I’m a better fighter than I was when I fought him and it would go a lot different,” Ortega said (via MMAjunkie.com).

Holloway is coming off of a second decision loss to the current UFC featherweight champion Volkanovski in his last fight. UFC president Dana White was reportedly open to a trilogy fight, but that won’t happen now with Ortega emerging as the new No. 1 contender at 145lbs. More than likely, it’s going to be Ortega taking on Volkanovski for the belt next. But if Holloway can beat someone like, say, Calvin Kattar, then perhaps we could see the rematch with Ortega, only this time with the other man holding the belt.

Would you be interested in a rematch between Brian Ortega and Max Holloway?