UFC featherweight champion Alex Volkanovski did not hold back while responding to Colby Covington’s remarks about his TUF 29 coaching gig.

Prior to Volkanovski and Brian Ortega being announced as the coaches of the new season of The Ultimate Fighter, rumors were swirling that Colby Covington could be a part of TUF 29.

Those previous reports had insinuated that ‘Chaos’ would be matched opposite former friend turned bitter rival Jorge Masvidal in the TUF coaching roles. 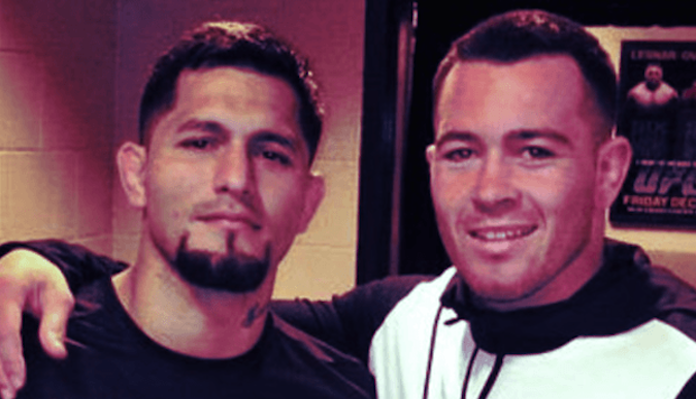 Unfortunately a deal for Masvidal and Covington to coach TUF 29 never came to fruition and thus the promotion moved to Brian Ortega and Alex Volkanovski to fill that void.

In a recent interview with MMA journalist James Lynch, Colby Covington opened up on the UFC’s “mockery” of a decision stating the following.

“Yikes. I know Hunter Campbell and Dana White probably had to go behind closed doors and be smacking themselves in the head because you don’t want those two guys as your coaches as your comeback season of The Ultimate Fighter,” Covington said. “Those guys (Brian Ortega and Alex Volkanovski) are going to make a complete mockery of the show. There’s just no entertainment factor there. Those guys, yeah, they’re decent fighters for the little weights, for the little midgets, but they don’t sell. There’s no controversy, there’s no drama, there’s nothing. There’s no storyline. So I feel bad for the show. I wish I could have came back to the show and give the people what they want.”

Covington’s comments clearly did not sit well with Alex Volkanovski, as the reigning UFC featherweight champion fired back with the following on Twitter.

@ColbyCovMMA why you mad? Just take a fight already you little bitch. You literally play a character to stay relevant.

“Colby Covington why you mad? Just take a fight already you little bitch. You literally play a character to stay relevant.” – Volkanovski wrote.

Alex Volkanovski was most recently seen in action at UFC 251, where he successfully defended his featherweight title with his second straight defeat of former champ Max Holloway.

Will you be watching season 29 of The Ultimate Fighter featuring Team Ortega vs. Team Volkanovski? Share your thoughts in the comment section PENN Nation!

This article appeared first on BJPENN.COM
Previous articleFrancis Ngannou reflects on title-earning knockout of Stipe Miocic at UFC 260
Next articleBrandon Moreno knows he can “support the damage” and “be more aggressive” in UFC 263 rematch with Deiveson Figueiredo
© Newspaper WordPress Theme by TagDiv