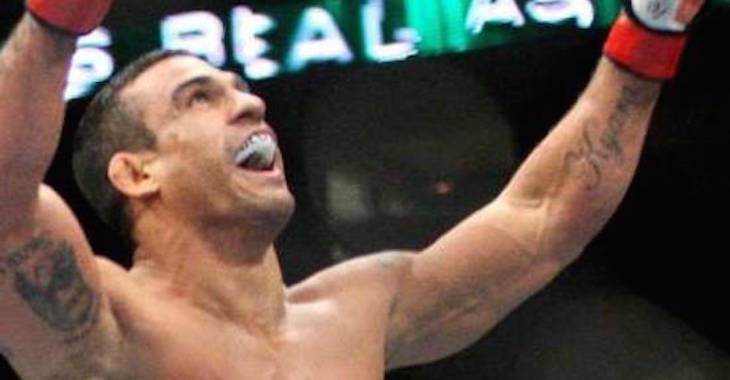 According to a Thursday-morning Instagram post, MMA legend Vitor Belfort’s next fight is booked. In his post, Belfort claims he will fight flashy striking specialist Uriah Hall at a UFC event on January 14th, the location of which has not yet been announced.

“I just signed my bout agreement for January 14th at UFC,” Belfort explained in his post. “I always looked for big challenges and in my last UFC fight it couldn’t be different… [Uriah Hal], it’s a honor to share the cage with a such young and talented fighter. Thanks for accepting the fight!”

This news, of course, is contrary to Belfort’s recent acceptance of a potential showdown with Sam Alvey. Given that Alvey is currently days out from a UFC Gdansk showdown with Ramazan Emeev, however, this new booking makes sense.

When we last saw Belfort in action, he picked up a controversial decision win over fellow veteran Nate Marquardt. This win was preceded by a bludgeoning at the hands of Kelvin Gastelum, which was later ruled a no contest when Gastelum tested positive for marijuana metabolites.

Who do you think wins this Vitor Belfort vs. Uriah Hall fight?