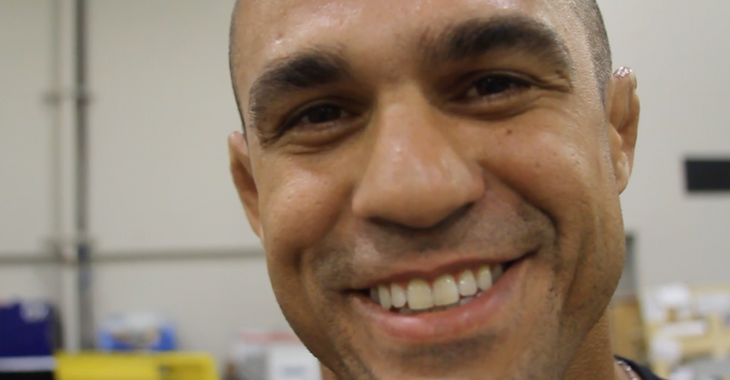 Following his victory over “Suga”, Alvey proceeded to callout another former UFC champion in Vitor Belfort.

“@smilensam let’s fight in Vegas. You are gonna make history: You Will be the 1st man to get knockdown with a smile on the face 😂 @ufc Just send me the bout agreement.”

Vitor Belfort was most recently seen in action at June’s UFC 212 pay-per-view event in Brazil where he scored a unanimous decision victory over former Strikeforce title holder Nate Marquardt.

The former UFC light heavyweight champion, Belfort, has gone 2-2 with 1 no-contest over his past five fights suffering TKO losses to Gegard Mousasi and Ronaldo “Jacare” Souza in that time.

Who do you think will emerge victorious if Sam Alvey and Vitor Belfort get matched up by UFC officials? Sound off PENN Nation!