In the main event of UFC on ESPN 11, Curtis Blaydes was looking to extend his winning streak against a perennial top-10 contender, Alexander Volkov.

It was a very intriguing matchup and “Razor” had even said his plan was to ragdoll the Russian with wrestling to get his hand raised. That is pretty much what happened on Saturday night, as Blaydes set a new record for most takedowns at heavyweight and dominated the scrap to earn a clear-cut unanimous decision win.

Now, following UFC on ESPN 11, here is what we think should be next for Curtis Blaydes and Alexander Volkov.

Curtis Blaydes is in a weird spot in the heavyweight division. He has proven he is above any other contender in the division and deserves a title shot. Yet, the only problem is he has lost twice to Francis Ngannou who will get the next title shot after Stipe Miocic and Daniel Cormier have their trilogy.

There is the talk that Blaydes should wait it out until he gets a title shot as there is talk both Miocic and Cormier will retire after their August 15 bout. If that happens, he’d likely fight Ngannou for the vacant title. Yet, no one knows if that is the truth. So, Blaydes should wait until after August before he gets another fight booked.

If Curtis Blaydes needs to get another fight he should take on Derrick Lewis, this if “The Black Beast” beats Alexey Oleynik. If that doesn’t happen, ‘Razor’ could fight the winner of Jairzinho Rozenstruik vs. Junior dos Santos. 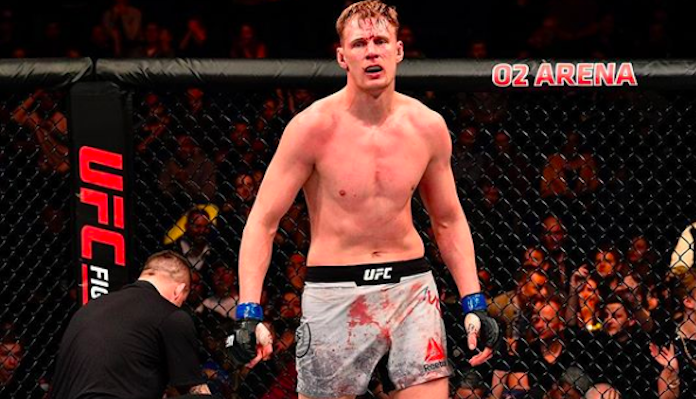 This was always a tough matchup for Alexander Volkov. The former Bellator heavyweight champion is known as a really good kickboxer but never had a chance to get going. He was taken down in the opening seconds, and that trend continued throughout the five round contest.

Volkov is still one of the best heavyweights in the UFC. He only has two losses inside the Octagon where the other was a last-second KO against Derrick Lewis. There are still some very intriguing fights for the Russian, and several new matchups. But, a scrap against a fellow top-10 competitor in Walt Harris certainly makes sense.

Both Volkov and Harris are coming off losses and a win would get them back on track. It would also be a stand-up fight between two knockout artists. It could headline a Fight Night card or be a solid co-main event sometime later this year.

What do you think should be next for Curtis Blaydes and Alexander Volkov after UFC on ESPN 11?