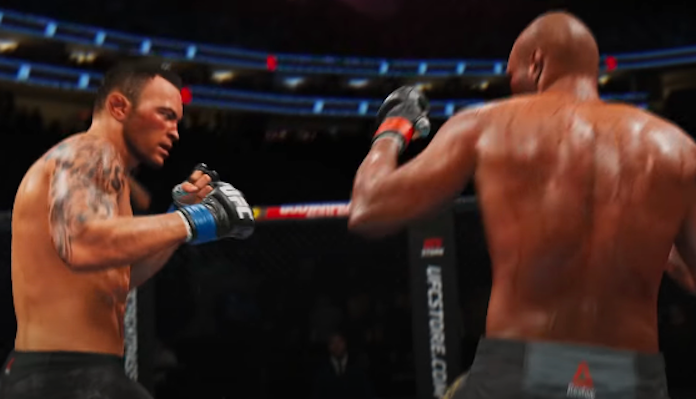 The first gameplay footage for the new EA Sports UFC 4 video game has been released to the public.

While it may not be at the heart of everyone’s list of priorities in mixed martial arts, the release of the new UFC 4 game is bound to cause a stir as fans and fighters alike continue to hype the latest effort from EA Sports in their pursuit of cracking the MMA market.

As their push for a strong goes on, they’ve released some footage of UFC 4 that they hope will convince skeptics that they are capable of really making this relationship work.

In the real world, it’s clear to see that the Ultimate Fighting Championship isn’t interested in slowing down — even in the midst of the ongoing pandemic. Now, though, they need to find the right balance with how they market their brand new video game.

One man who has been at the heart of the UFC’s development in the last few decades is none other than president Dana White. After a period of uncertainty, White has been able to guide the promotion through some really tough times – to the point where they now look like they’re thriving more than they ever have done before.

During a recent interview, Dana made it clear that Fight Island in Abu Dhabi is here to stay.

“The shows that we bring here, this is the only international destination for fights,” White told The National. “So all the biggest and the baddest fights coming up that we have are going to be here. If you look at our roster of champions, they’re from all over the world. So the biggest, baddest fights over the next God knows how long are going to be here in Abu Dhabi. That’s why I’m saying Abu Dhabi is going to be looked at as the new fight capital of the world. It used to be Las Vegas. It definitely isn’t Las Vegas right now.”

“Khabib will be the next. We’re talking about [middleweight champion] Israel Adesanya versus Paulo Costa, that fight happening. [Women’s strawweight champion] Weili Zhang versus Rose Namajunas is a possibility,” he said. “All the massive, big fights with literally the champion versus the No 1 contender are all looking like Fight Island Abu Dhabi.”