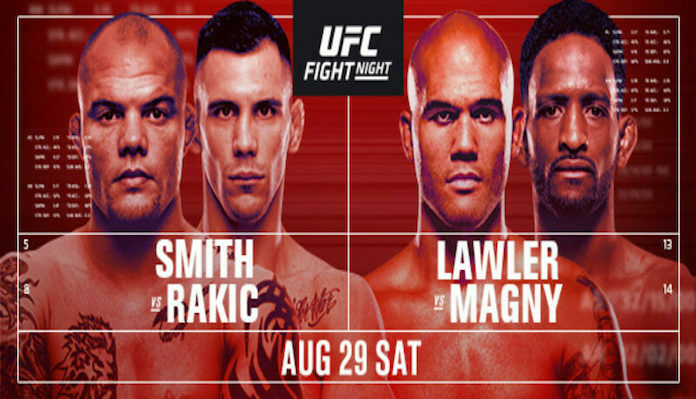 The Octagon remains in Nevada for tonight’s UFC Vegas 8 event, a ten-bout fight card headlined by a light heavyweight tilt between Anthony Smith and Aleksandar Rakic.

Smith (33-15 MMA) will enter tonight’s headliner looking to rebound this after suffering a TKO loss to Glover Teixeira in his most recent effort this past May. Prior to the setback, ‘Lionheart’ was coming off an impressive submission victory over former title challenger Alexander Gustafsson.

Tonight’s UFC Vegas 8 co-main event features the return of former UFC welterweight champion Robbie Lawler who will be squaring off with Neil Magny. 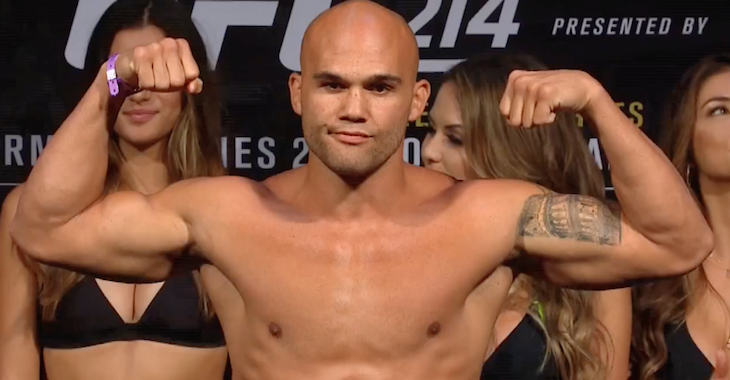 Lawler (28-14 MMA) will enter tonight’s contest on a three-fight losing skid, his latest being a unanimous decision setback to Colby Covington. Before his recent rough stretch (1-4 in his past five fights), ‘Ruthless’ was riding a five-fight win streak which included stoppage victories over Rory MacDonald and Jake Ellenberger.

Get all of tonight’s UFC live results and highlights below:

Sean Brady vs. Christian Aguilera – Brady def Aguilera via submission (guillotine) at 1:47 of Round 2

If @SeanBradyMMA gets a hold of your neck, it's over.

Polyana Viana vs. Emily Whitmire – Viana def. Whitmire via submission (armbar) at 1:53 of Round 1

Mallory Martin vs. Hannah Cifers – Martin def. Cifers via submission (rear-naked choke) at 1:33 of Round 2

Who are you picking to win tonight’s UFC fights? Share your predictions in the comments section PENN Nation!