Home » MMA News » UFC » Sean Strickland tells the story about the time he ... 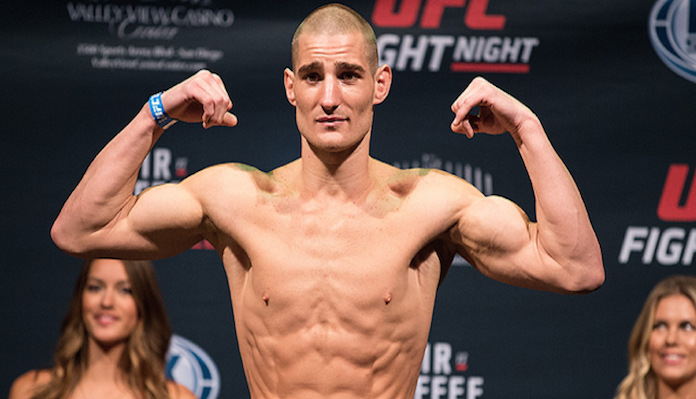 Ahead of his fight against Uriah Hall, UFC middleweight contender Sean Strickland told the story about the time he almost killed a man.

Strickland and Hall meet in the main event of this Saturday’s UFC Vegas 33 event. For Strickland, it’s a big opportunity for him to fight a top-10 ranked fighter and a big name in Hall and take his spot in the rankings. Strickland has been looking sharp as of late as he is currently riding a four-fight win streak, including a perfect 3-0 mark in the UFC middleweight division. He recently said he believes that a big win over Hall this weekend and then another notable win over another top-ranked fighter could get him a title shot.

Ahead of UFC Vegas 33, Strickland took to his social media and posted a video of him driving through Lake Elsinore, California, the scene where he almost once killed a man.

This is one half of the UFCs main event this weekend pic.twitter.com/JXEzHgC7HT

“For those who were wondering how I almost killed a man, I’m at this gathering and I was probably running my mouth being an idiot. The next thing I know and this guy puts a shotgun to my head. So my dumbass punches him in the face, he falls down, I take the gun and at that moment I contemplated if I shoot this motherf*cker in the head is there any legal defense to it? Sadly, I looked around and there were f*cking witnesses so I thought if I killed this man I would have went to prison. So I unload the gun, I give it back to him and I walk away,” Strickland said.

“The moral of the story is, man, you almost f*cking died, and every day I regret the fact there were witnesses and I could have f*cking shot you. But I also forgive you. Again you guys, I would have f*cking smoked him and enjoyed every moment of watching his head splatter. But there’s no legal defense on shooting an unarmed man on his f*cking knees begging for his life. I wish I could have, but I would have gone to prison. And you guys, I’m not angry, I’m one of the happiest human beings you’ll ever meet. Every day I wake up and I’m super grateful for life. You can shoot someone in the head and not be angry. If anything, it could be enjoyable.”

Do you think Sean Strickland will defeat Uriah Hall at UFC Vegas 33?