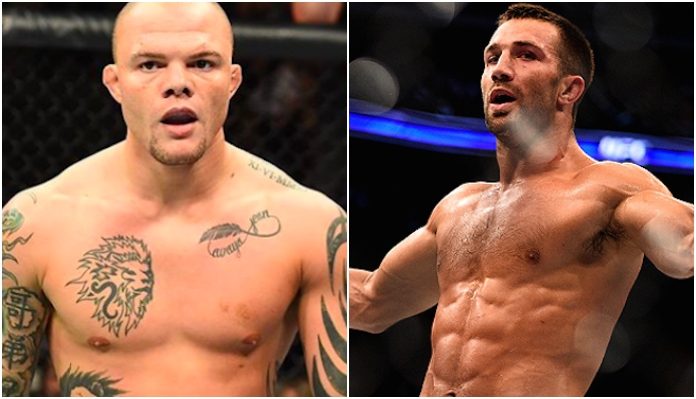 Luke Rockhold was returning to action for the first time since suffering a brutal knockout loss to Yoel Romero at UFC 221 in February of 2018.

Prior to his setback to Romero, ‘Rocky’ was coming off a second round TKO victory over former World Series of Fighting ‘champ champ’ David Branch.

Meanwhile, Jan Blachowicz last took to the octagon in February, where he suffered a knockout loss to surging division contender Thiago Santos.

Prior to his loss to ‘Marreta’, Blachowicz was riding a four fight win streak that included wins over Nikita Krylov, Jimi Manuwa and Jared Cannonier.

Check out how the pros reacted to Luke Rockhold vs. Jan Blachowicz at UFC 239 below.

Who would you like to see Jan Blachowicz fight next following his win over Luke Rockhold at tonight’s UFC 239 event in Las Vegas? Sound off in the comments section PENN Nation!