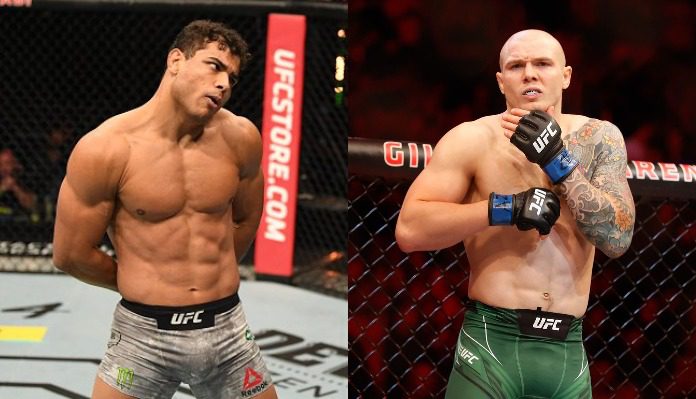 The former middleweight title challengers, Costa and Vettori, were originally supposed to collide at their natural fighting weight of 185lbs. However, earlier in the week ‘The Eraser’ revealed he would not be able to make weight for the contest and the bout was subsequently moved up to light heavyweight.

Paulo Costa (13-2 MMA) was returning to action this evening for the first time since suffering the first loss of his career, a TKO defeat to reigning middleweight kingpin Israel Adesanya, back in September of 2020. Prior to that loss, the Brazilian bomber had gone 5-0 in the UFC, with all five of those wins coming by way of knockout.

Meanwhile, Marvin Vettori (18-5-1 MMA) had last competed at June’s UFC 263 event, where he too fell short in his bid to dethrone ‘The Last Stylebender’. Prior to suffering his second career defeat to Izzy, ‘The Italian Dream’ had reeled off five straight wins inside of the Octagon.

Tonight’s UFC Vegas 41 main event proved to be a thrilling five round war. Marvin Vettori was able to get off the better volume throughout the twenty-five minute affair, but Paulo Costa landed some big shots and made a huge push in the final five minutes. After five rounds of heart-pounding action Vettori was awarded a much-deserved unanimous decision victory from the judges in attendance.

Check out how the pros reacted to Costa vs Vettori below:

185 Marvin Vettori just took a fight with a top LHW on days notice . No one can ever question his heart . We will see shortly if it was a smart or not so smart dec! #UFCVegas41

This better be crazy! Cuz they both acting crazy! #UFCVegas41

Vittori did the road work

Maybe it’s just that he just didn’t train as hard for this fight fellas? There’s literally no excuse for asking for a 20lb weight allowance. Costa needs to hope that Vettori makes a mistake and gets clipped by one of his canons. Otherwise this will get ugly #UFCVegas41

Take that point my guy! Enforce the damn rules or make it a street fight if we gonna just get away with illegal shots. #UFCVegas41

3d round @MarvinVettori is getting his 1st KO in @ufc #UFCVegas41

How are we in the 4th RD?! Wild! Fun fight so far despite the outside factors leading into this. Both guys showing high level skills #UFCVegas41

What a fight! Not happy with how he ended that 5th RD, but Vettori has nothing to hang his head about. That was a great performance from both men. Makes you wonder what this looks like at 185 lb, like it was intended to be. #UFCVegas41

Vettori is thought though.
Great performance for both of them!#UFCVegas41

Who would you like to see Marvin Vettori fight next following his decision victory over Paulo Costa at tonight’s UFC Vegas 41 event? Share your thoughts in the comment section PENN Nation!