Masvidal and Covington, who used to be close friends and training partners, are now expected to square off in early 2021 with the expectation being that the winner will get another crack at divisional champion Kamaru Usman later in the year.

After Covington recently took it upon himself to call out basketball star LeBron James, Masvidal made the decision to bring up one of Colby’s more positive posts about LeBron from 2016. 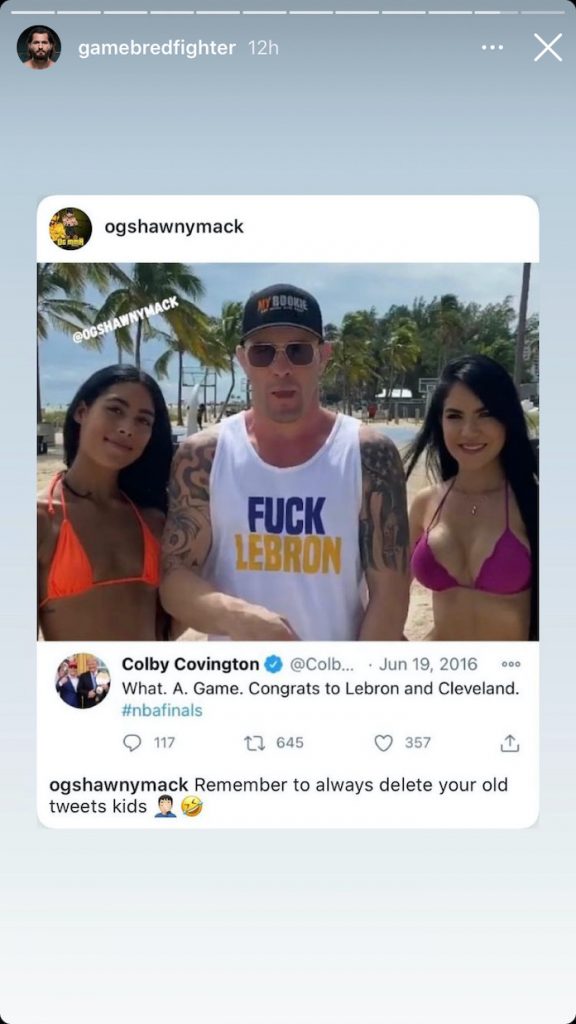 This 2016 post from Covington is a starkly different from his latest comments about James, who ha been the object of his derision for several reasons. He even challenged the basketball legend to a fight.

Heard they finally scraped @nate_robinson’s carcass off the @staplescenter floor. I’d make @kingjames eat the canvas in half the amount of time. Everyone knows current @NBA players are the softest and most privileged athletes on the planet. #TysonJones #Facts

“Heard they finally scraped @nate_robinson’s carcass off the @staplescenter floor,” Covington wrote on Twitter recently, targeting James. “I’d make @kingjames eat the canvas in half the amount of time. Everyone knows current @NBA players are the softest and most privileged athletes on the planet.”

Masvidal and Covington may be aligned on a few issues they care about but in the grand scheme of things, they just don’t seem to like each other—contrary to their former friendship—and they’re going to release their anger if and when their bout is officially booked.

Who do you think will come out on top when Jorge Masvidal and Colby Covington finally step into the Octagon together in the new year? Let us know who you’re picking in the comments section down below.