UFC bantamweight contender Marlon Vera has an idea of who he wants to fight next. ‘Chito’ is aiming for a fight with former champion Dominick Cruz.

Vera was last seen in action last Saturday night against Rob Font in the main event of UFC Vegas 53. The 29-year-old scored the biggest victory in his career, defeating the Boston-native via unanimous decision.

The win was a key one for Vera, as it took him to the top of the rankings. Following the victory, he was taking aim at a variety of fighters, including former foe Jose Aldo. However, on The MMA Hour with Ariel Helwani, Vera name-dropped another former champion who he’d like to fight.

Marlon Vera said that he’d like to fight Dominick Cruz in the future. ‘Chito’ also noted that the former bantamweight champion turned down several fights with him in the past, due to the rankings. Now, Vera is the one who is higher ranked and thinks he deserves the fight. 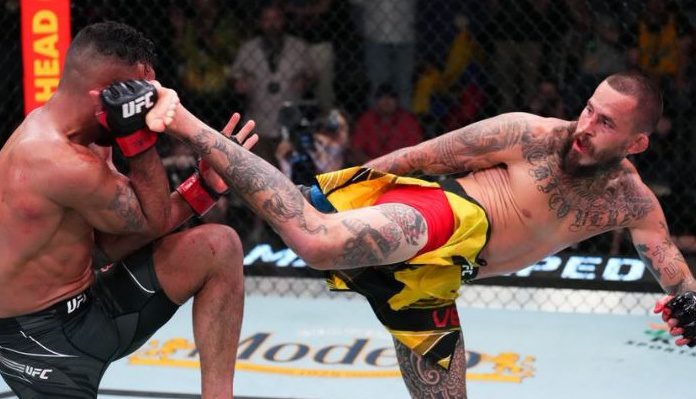 “Before in the ten times he declined to fight me, I’m not calling him a p*ssy, but he declined a couple of times in the past. He always talking about how he wants to fight someone above him. Guess what, I’m above you right now motherf*cker, so now we can go. Now we can go.”

Marlon Vera continued, “They tried to make it when I lost to Aldo, I was [ranked] 14 or 15 back then. He was like, it’s not worth it, it’s ranked too low, blah blah. Then, they tried to make it before the Edgar fight, I was [ranked] like 13 or 11. He said I was too low, he needed someone to push him to the belt. I think if you beat number five, you’ll be pushed to the belt homie.”

What do you think about Marlon Vera calling out Dominick Cruz?

This article appeared first on BJPENN.COM
Previous articleHolly Holm reveals interest in moving back to boxing for Katie Taylor matchup: “It does get me excited”
Next articleJustin Gaethje says Charles Oliveira fight will come down to cardio: “Someone’s going to quit”
© Newspaper WordPress Theme by TagDiv