Justin Gaethje believes his UFC 274 title fight against Charles Oliveira will come down to cardio.

Gaethje is getting another chance to become the UFC’s undisputed lightweight champion on Saturday night, this after he came up short against Khabib Nurmagomedov back at UFC 254. ‘The Highlight’ is coming off a decision win over Michael Chandler back in November which, a victory earned him his shot against Charles Oliveira. Ahead of Saturday’s main event contest, Gaethje spoke about how he is ready for anything, including having to outpace the champ.

“For the title fight, it’s a cardio game, it comes down to a race, a cardio match. Someone’s going to quit,” Gaethje said on the GU Unfiltered podcast, shown on UFC Countdown.

There is no question cardio will play a key role in the title fight between Gaethje and Oliveira. If the fight gets extended to the championship rounds, whoever is the fresher fighter will likely come out on top and leave Arizona as the champ. 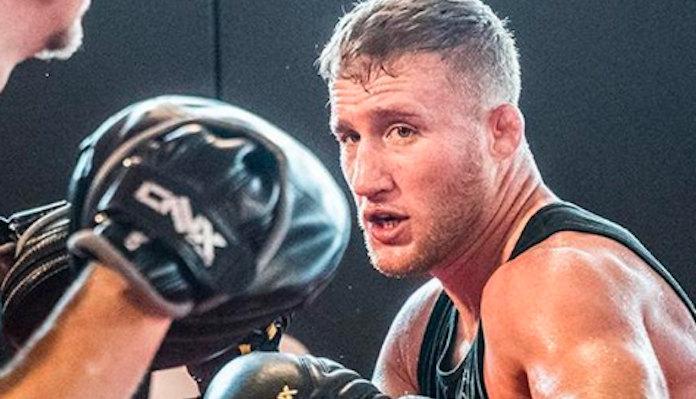 Justin Gaethje, as mentioned, enters the fight coming off the decision win over Chandler which was voted the ‘Fight of the Year’. It was the first non-stoppage win in his UFC career, but he has vowed to add to his KO tally when he faces Charles Oliveira at UFC 274.

“Again, deep down, once it happened once it will happen again, and I’m the perfect guy to show it to him. And I will show it to him May 7,” Gaethje said to ESPN. “I’ve got to stay out of grappling positions, obviously, but I’m going to put a hole right in his face and it’s going to be glorious.”

Do you agree with Justin Gaethje that his fight against Charles Oliveira will come down to cardio?