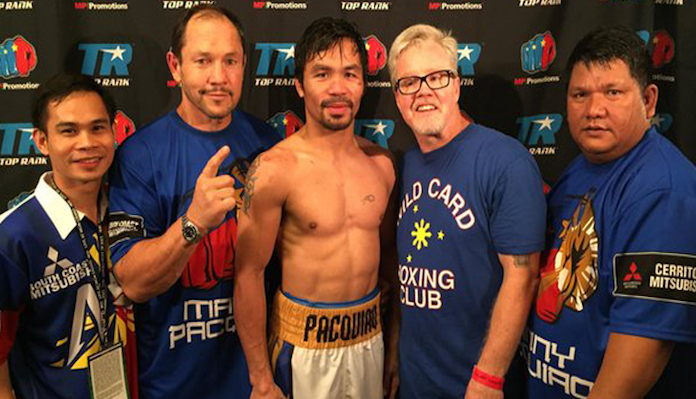 McGregor entered the rematch with Poirier as a huge betting favorite yet lost in shocking fashion when he suffered a brutal second-round knockout loss. McGregor and Poirier previously met back at UFC 178 in September 2014, with McGregor winning that fight by first-round knockout. It’s because he won the first meeting between the pair that Pacquiao believes that McGregor underestimated Poirier.

“Losing is part of the game. In sport there are winners and losers, that’s all. It is not about defeat, but about how you accept defeat in your life. How you get over that difficult time in your life,” Pacquiao told ABS-CBN News (via BoxingScene.com).

“McGregor had already beaten his rival before and I think that made him underestimate him.”

It’s great advice from Pacquiao, who himself has suffered several notable upset losses during his incredible boxing career, including a brutal KO to rival Juan Manuel Marquez in 2012 in the fourth fight between the two. So if anyone knows a thing or two about bouncing back from a brutal loss, it’s Pacquiao. After losing that fight to Marquez, Pacquiao won eight of his last 10 fights inside the boxing ring.

Not only did McGregor lose to Poirier, a loss which dropped him back to No. 6 in the UFC lightweight rankings, but he also lost out on a potential boxing superfight with Pacquiao, at least for the time being. As soon as McGregor lost to Poirier, Pacquiao announced his upcoming fight with boxing star Ryan Garcia. It seems as though the McGregor fight won’t be happening anytime soon for Pacquiao at this point, though perhaps if McGregor wins his next fight then Pacquiao would be more open to it.

Do you agree with Manny Pacquiao that Conor McGregor underestimated Dustin Poirier in the pair’s rematch at UFC 257?