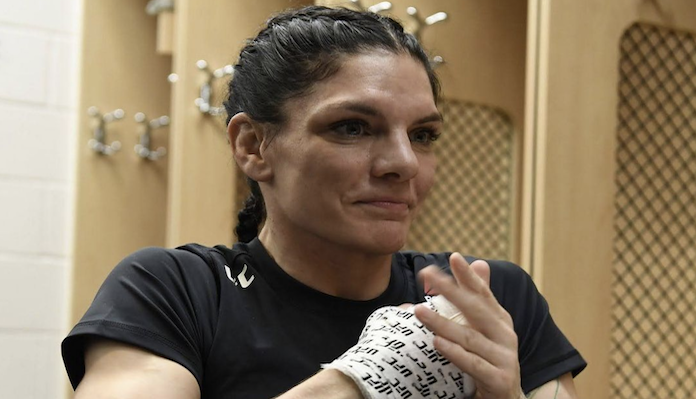 ‘Lucky’ faced ‘Bullet’ last September at UFC 266. In the co-main event, Shevchenko dominated the contest. In the fourth round, the women’s flyweight champion landed a devastating combination to secure the victory.

However, it seems that the challenger might’ve been at less than one-hundred percent on fight night. Murphy, who faces Miesha Tate at UFC Long Island this Saturday, reflected on her title fight at media day earlier this week.

At media day, Lauren Murphy revealed she was battling a brutal infection during her fight with Valentina Shevchenko. The 39-year-old revealed she contracted clostridioides difficile during fight week, which made her weak during the contest.

Despite the devastating infection, the challenger didn’t pull out due to fear of missing out on her title shot. It’s a decision that Murphy has since gone on to admit that she regrets.

What do you think about Lauren Murphy’s comments? Sound off in the comment section below!