Shevchenko (22-3 MMA) entered the contest sporting a perfect 7-0 record since returning to flyweight. That impressive streak including five-straight title defenses. In her most previous effort at UFC 261, ‘The Bullet’ scored a dominant TKO victory over Jessica Andrade. 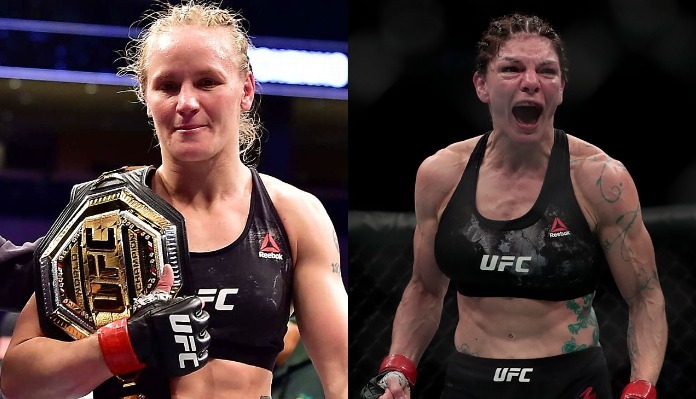 Tonight’s UFC 266 co-main event proved to be another absolute masterclass from Valentina Shevchenko. The reigning flyweight queen was seemingly able to land strikes at will against her opponent Lauren Murphy, this while battering her when on the ground. In round four Shevchenko put the fight to rest for good after dropping Murphy and then landing a plethora of ground and pound.

Check out how the pros reacted to ‘Shevchenko vs Murphy’ below:

I like Valentina but will be pulling for Lauren on this one.

Damn Valentina is such a beast!

Shevchenko is soo technically sound.
Her timing and footwork is ridiculous #UFC266

Who would you like to see Valentina Shevchenko fight next following her TKO victory over Lauren Murphy this evening at UFC 266? Share your thoughts in the comment section PENN Nation!