Last month at UFC 275, the 34-year-old faced off against Weili Zhang for the second time. While the first outing was an incredible fight, the second encounter was more one-sided. The Poland-native was brutally knocked out in round two by ‘Magnum’.

Following the defeat, Joanna Jedrzejczyk announced her retirement. The loss was her fifth in her last seven contests. Despite the recent losing streak, the former champion had an incredible career. There’s little doubt that Jedrzejczyk will be in the Hall of Fame sooner, rather than later.

A month following her retirement, the Polish fighter discussed her career in an interview with MMAFighting. There, Jedrzejczyk stated she was happily retired, and at peace with her career. The 34-year-old also said she hopes to stick around and work with the UFC.

However, Joanna Jedrzejczyk also revealed that she could return for one more fight. That sole bout would have to be a ‘BMF’ title fight with another opponent. The UFC has only had that special title bout once: Jorge Masvidal vs. Nate Diaz at UFC 244. 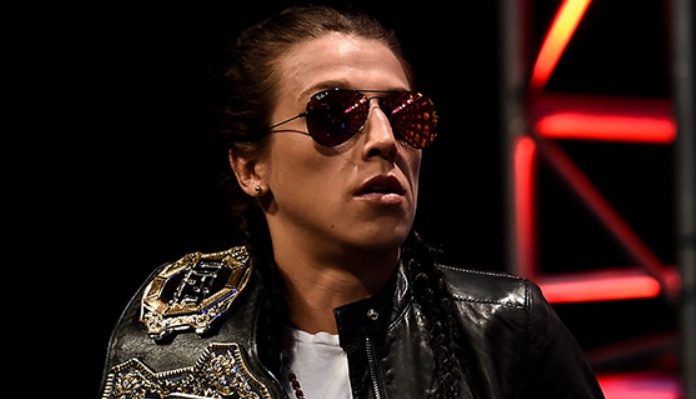 “Maybe I could come back for the female ‘BMF’ title. Look, I’m retired. I am retired, but in the future, maybe I would fight for the ‘BFMF’ [belt]. I don’t know [who I would fight], there’s not that many ‘BFMF,’ real O.G. female fighters left.” (h/t MMAFighting)

Joanna Jedrzejczyk continued, “…I want to stick with the UFC. I’m looking forward to sitting down with Dana White to talk about my future, what I could possibly do for the UFC and the fans because there’s no sport without fans — any sport — and I’m very happy to be [at events], be around the fans, and I definitely see myself doing something with the UFC — broadcasting, commentating, just being around. I will miss you guys [as a fighter], but I’ll definitely be around.”

What do you think about Joanna Jedrzejczyk’s comments? Sound off in the comment section below!