The two are set to headline the card where the winner could get the next featherweight title shot. However, for Ortega, he says this is a fight he didn’t want due to the fact he and Rodriguez are friends given their Mexican heritage, and admits he didn’t want this fight to happen.

“This is obviously someone who I didn’t want to face, and now we’re facing each other, you know, and it’s bittersweet, I guess,” Ortega said to MMA Underground. “It’s bittersweet. One, I get another opponent who is number three In the world, you know? I’m number two, so it makes sense matchup-wise, right? Who’s there? And I’m not a hater, man. If he does beat me, I hope he does get that title shot. 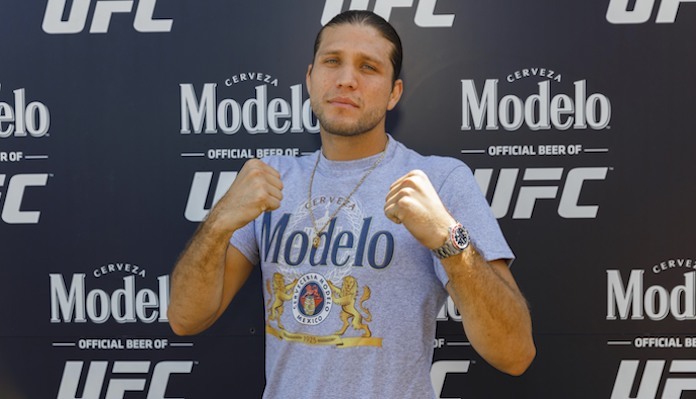 “This is one of those fights where it sucks,” Ortega continued. “I’m in a weird position where I like the guy and I rooted for him, and now it’s like, well, I can’t root for you against me, though, you know? And he’s cool, man, you know? We’re not best friends, but we have a good relationship. We’ve hung out. We’ve partied together. We’ve done some cool stuff together, and s**t, now we get to fight each other and entertain.”

Once Brian Ortega got over the fact that the two are friends, he says this matchup does excite him as he believes it will be a war. He also thinks it has all the makings to be an all-time classic.

“I think it’s a great matchup. This is a war, like, no other way to put it. This is a war stylistically, from our culture, to everything,” Ortega added… “I’m hoping that this is another classic, honestly.”

What do you make of Brian Ortega’s comments that he didn’t want to fight Yair Rodriguez?