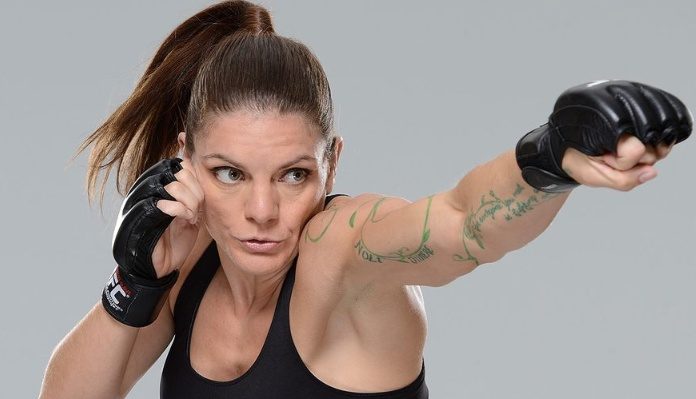 UFC women’s flyweight contender Lauren Murphy made her case for getting the next UFC title shot against 125lbs champion Valentina Shevchenko.

On Saturday night at UFC 255, Shevchenko once again defended the UFC women’s flyweight title when she defeated challenger Jennifer Maia by unanimous decision. Now we await what is next for the champion and there are several fighters who have a legitimate claim to getting the next title shot at 125lbs against her, including Murphy. The long-time veteran of the women’s divisions believes that she has the strongest resume of the bunch.

Taking to social media on Sunday the day after UFC 255, Murphy made her case for the next women’s flyweight title shot. Take a look at her rationale via a recent Twitter post.

In case anyone needs help making the rankings tomorrow

For Murphy, she believes that she should be ranked higher in the division and that she has been getting the short end of the stick when it comes to the rankings. Right now, Murphy is the No. 5 ranked women’s flyweight, but as you read in the graphic, she believes that her ranking is incorrect. If you ask Murphy, she should probably be ranked just below the champion Shevchenko because, in her estimate, her resume and recent run are stronger.

Ranked ahead of Murphy right now is Jessica Andrade, who only has one fight at 125lbs, albeit over Katlyn Chookagian; then it’s Chookagian, who holds a head-to-head win against Murphy, albeit at 135lbs; Maia, who is just 3-3 in the UFC and who has missed weight twice; and Calvillo, who has just two fights at flyweight. On the other hand, Murphy is 4-0 at 125lbs, with wins over Andrea Lee, Roxanne Modafferi, Mara Romero Borella, and most recently, a submission win over UFC newcomer Liliya Shakirova at UFC 254.

Do you think Lauren Murphy should be next in line to fight Valentina Shevchenko?