Khabib Nurmagomedov has shared his thoughts on which UFC fighter should be considered the second best lightweight of all-time.

Speaking recently at a press event overseas, Khabib Nurmagomedov was asked whom he considers to be the second best lightweight fighter of all-time.

“I think the impersonation of the lightweight division was BJ Penn for a long time,” Khabib answered. “I can explain… Despite many defeats (towards the end of his career), he won the lightweight title, defended it and also moved up to welterweight and won the belt there. Then he had lost to one of the best fighters ever, George St-Pierre. So for me, BJ Penn, I think we can put him there.” 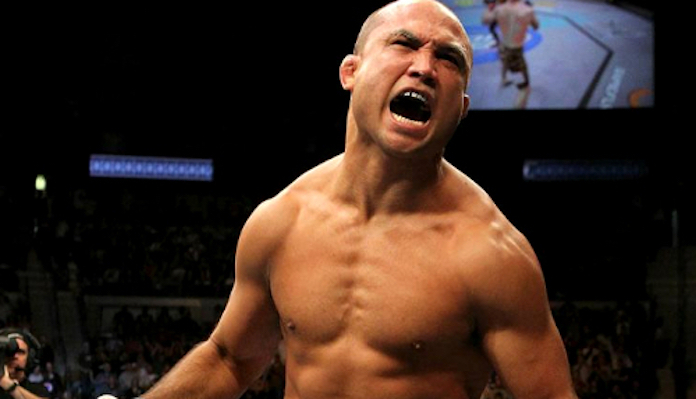 BJ Penn captured the UFC’s vacant lightweight championship by defeating Joe Stevenson by way of submission back in January of 2008. ‘The Prodigy’ would go on to defend the strap on three occasions scoring stoppage victories over Sean Sherk, Kenny Florian and Diego Sanchez.

As noted by Khabib Nurmagomedov, the Hawaiian fighter also captured the UFC’s welterweight title back at UFC 46, this after scoring a stunning submission win over longtime title holder Matt Hughes. BJ Penn never wound up defending that title as he made the move to K-1 for his next four fights.

In addition to Penn and Nurmagomedov, the UFC has featured the following 155lbs champions:

Do you agree with Khabib Nurmagomedov that BJ Penn should be considered the second greatest lightweight fighter of all-time? Share your thoughts in the comment section PENN Nation!