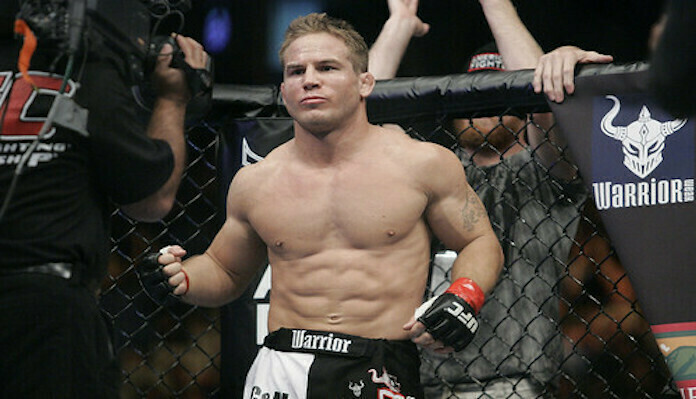 Sherk was one of the top fighters in MMA from 1999 to 2010, racking up a 36-4-1 record in the sport during that time period, including a win over Kenny Florian at UFC 64 in 2006 that saw Sherk claim the vacant UFC lightweight title. “The Muscle Shark” has been retired ever since an upset win over Evan Dunham in 2010 and he is now 47 years old, but he keeps up to date with what’s going on with the UFC and he’s not happy with the climate.

Taking to his Facebook, Sherk vented about the current state of fighter pay in the UFC. According to Sherk, not much has changed in the past decade and he’s not happy about it.

“I think the UFC should be extremely embarrassed by the fact that their former champions and top ranked fighters have to go fight YouTube stars with barely any fighting experience and make 10 times more money than they do in the UFC. I’ve been retired for 10 years and nothing has changed in that organization. UFC fighters are still the worst paid athletes on the biggest stage. Believe me I have my stories too,” Sherk wrote.

“The fighters aren’t doing anything wrong. The fighters want to win world titles on the biggest stage, I’ve been there so I know. What’s wrong is that the fighters need to unionize, without the UFC there will still be fighters but without fighters there is no UFC. For some reason the fighters refuse to do that, it Has to be an all or nothing kind of a thing. The big name fighters need to jump on board but they’re the ones making big money so they have more to lose than gain.”

Do you agree with Sean Sherk?