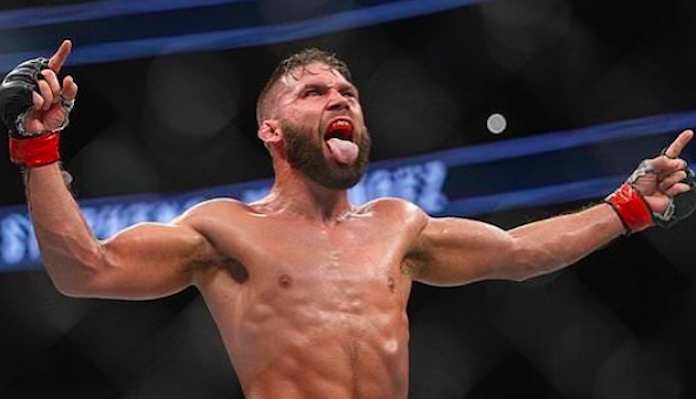 Tomorrow night (Sept. 21), Stephens and Rodriguez will share the Octagon. The featherweight bout is set to headline UFC Mexico City. The action will be held inside Mexico City Arena. Earlier today, the weigh-ins took place and just one fighter failed to hit the target weight.

During an episode of the Anik & Florian podcast, former UFC lightweight and featherweight “KenFlo” discussed Stephens vs. Rodriguez.

“This is such an interesting fight,” Kenny Florian said. “I think Jeremy Stephens has insane power. I think he’s a guy that the Mexican fans are gonna absolutely love out there, but he is definitely in enemy territory here with Yair Rodriguez. A guy who again has been training in Mexico City. That stadium is just gonna erupt when he gets out there. He’s extremely exciting, hit probably the craziest knockout I have ever seen with that up elbow against ‘The Korean Zombie.’ The fight will go down as one of the greatest ever as well.”

Florian went on to say that Rodriguez’s style leaves himself open to attacks and that’s alarming when facing Stephens.

“He has a fearlessness and a confidence about him when he goes out to compete that is hard to match,” Kenny Florian continued. “His speed is very impressive, he’s gonna have to use his reach out there. My concern for Yair Rodriguez is the fact that he does get hit and because he does have a tendency of getting wild and being fearless, he can get hit with shots obviously.”

When it comes to a prediction for the fight, Florian feels it’ll be Stephens who gets the finish.

“This is a tough one for me,” Kenny Florian admitted. “I can definitely see this one going either way, but I’m gonna go with the slight underdog Jeremy Stephens here to get it down by knockout or TKO in round two.”

Florian wasn’t the only former or current fighter to make a prediction for this fight. See who else made their predictions for Stephens vs. Rodriguez here.

Do you agree with Kenny Florian? Will UFC Mexico City be Jeremy Stephens’ night?