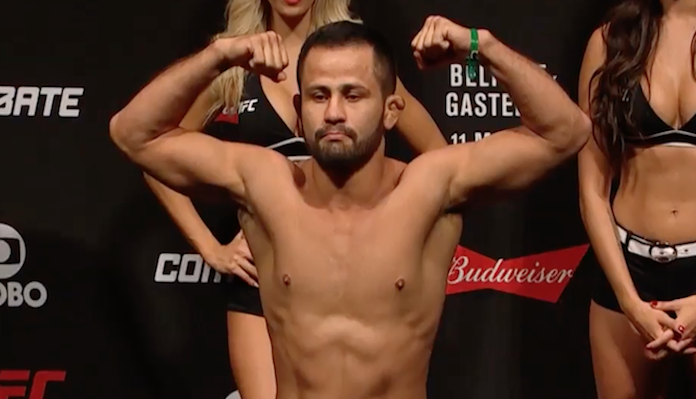 Though Figueiredo is currently riding a three-fight losing skid, the decision to release him from the organization comes as a big surprise considering he was a top-10 ranked fighter. Just last year, he defeated Figueiredo, the current champion. Nevertheless, the promotion has made it official as Formiga has been officially pulled from the rankings. The news that Figueiredo had been released was first reported by MMAFighting.com.

Formiga (23-8) is currently riding a three-fight losing skid to Alex Perez, Brandon Moreno, and Joseph Benavidez. The 35-year-old Brazilian has been a member of the UFC roster since 2012 and has a 9-7 overall record in the UFC. Some of his notable wins include Figueiredo, Sergio Pettis, Dustin Ortiz, Chris Cariaso, and Ben Nguyen. He also has a notable split decision loss to all-time great Henry Cejudo.

However, despite all of Formiga’s success in the sport — he has been a top-10 flyweight for over a decade — he never really caught on with audiences for whatever reason. Never known for his striking attack, Formiga has more of a grappling-based style where he prefers to take his opponents down and work them on the mat. That is exactly how he defeated Figueiredo. But the UFC doesn’t necessarily like one-dimensional grapplers and Formiga was deemed expendable by the matchmakers.

Formiga’s cut is just one of many that have already happened, and more that are poised to come in the near future with the UFC making room for Contender Series prospect, TUF alum, and free agents. Although Formiga is a good fighter who can still win fights at this level of the sport, the UFC felt that they can move on with the division without him.

What do you think about the UFC cutting Jussier Formiga?