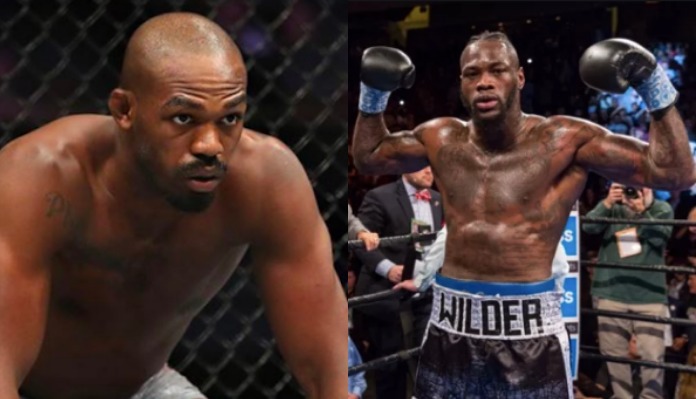 Deontay Wilder picked up yet another incredible knockout win over the weekend, flattening Luis Ortiz in the seventh round. The victory impressed fight fans far and wide — including reigning UFC light heavyweight champion Jon Jones. 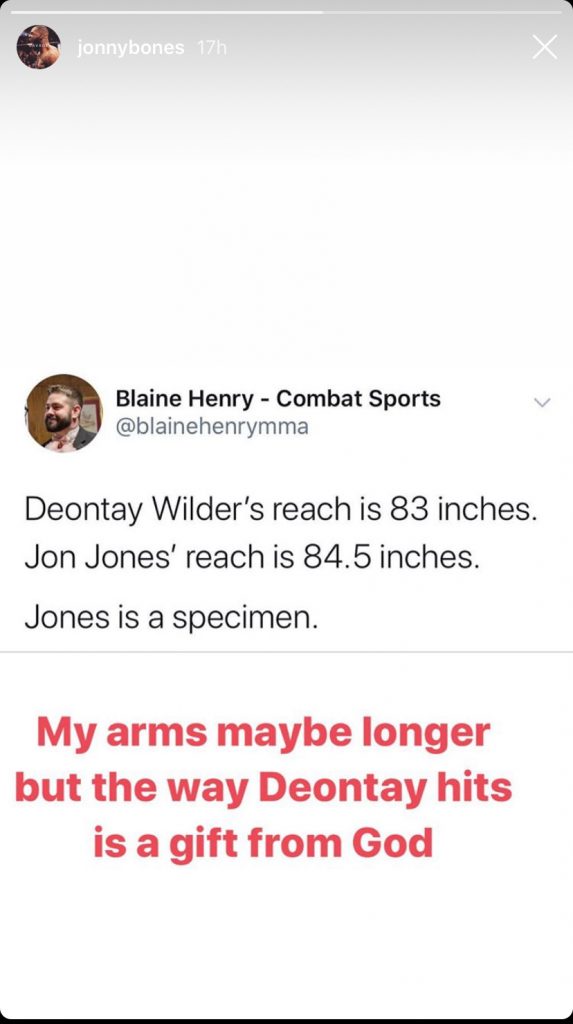 “My arms may be longer but the way Deontay hits is a gift from God,” Jones wrote.

With his latest victory over Ortiz, Deontay Wilder is now looking forward to a rematch with lineal heavyweight champion Tyson Fury. The pair fought to a controversial draw in late 2018 and the fight world has been awaiting a rematch ever since.

Jon Jones, meanwhile, is expected to defend the UFC light heavyweight title against undefeated contender Dominick Reyes in the main event of UFC 246 on February 8 in Houston, Texas.

Jones has not fought since July, when he defeated Thiago Santos with a narrow, split decision to defend his title. Prior to that, he defended his title with a decision win over Anthony Smith. In his next most recent bout, he defeated his long-time rival Alexander Gustafsson by TKO to capture the vacant light heavyweight belt — which he only ever lost due to his issues outside the cage.

Dominick Reyes, on the other hand, is riding high on an impressive, first-round knockout victory over former UFC middleweight champion Chris Weidman. In his next most recent fight, he picked up a controversial split decision victory over former light heavyweight title challenger Volkan Oezdemir. He’s finished seven of his 12 career wins by knockout or TKO. He might not be as powerful as Deontay Wilder, but has shown plenty of power in his own right.

What do you think of Jones’ comments on Wilder?