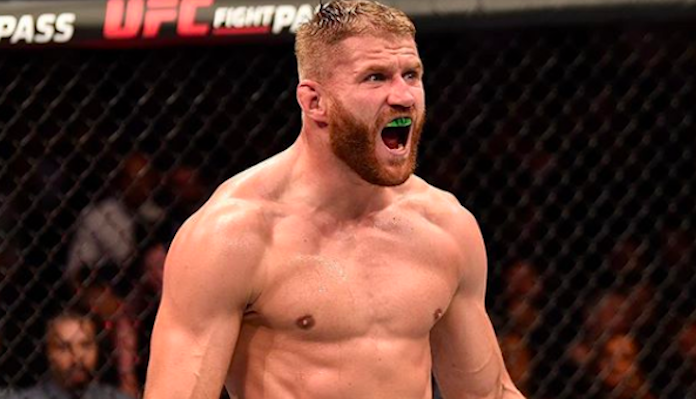 If Adesanya does migrate up to light heavyweight, however, Blachowicz sees the move going disastrously.

The light heavyweight champion believes Adesanya would be in for similar disappointment if they shared the cage together, suggesting he’d beat the middleweight champion just like he beat Rockhold—by way of violent knockout.

“He can try but he’s gonna go back to his division really fast if he’s gonna do this,” Blachowicz said on Submission Radio. “When he meets me, you know. It’s gonna be the same like with (Luke) Rockhold. Everybody thinks they know me. They think I’m an easy fighter, but when cage door closes, they feel my power. I’m a completely different fighter. They’ve never fought against someone like me but they have to feel it on their skin.”

Despite this prediction, Jan Blachowicz is unlikely to deter Israel Adesanya’s ambitions to move up to light heavyweight. The middleweight champion has planned on doing so for quite some time, and even recently set his sights on Blachowicz specifically.

Would you guys be annoyed if I went up and grabbed the 205 belt real quick… 😏 pic.twitter.com/GFCZ6TMpA7

“Would you guys be annoyed if I went up and grabbed the 205 belt real quick,” Adesanya wrote on Twitter not long after Blachowicz won the light heavyweight title.

While Jan Blachowicz has expressed interest in fighting Israel Adesanya, he’s also set his sights on a fight with former UFC light heavyweight champion Jon Jones, and the winner of an upcoming fight between Thiago Santos and Glover Teixeira.