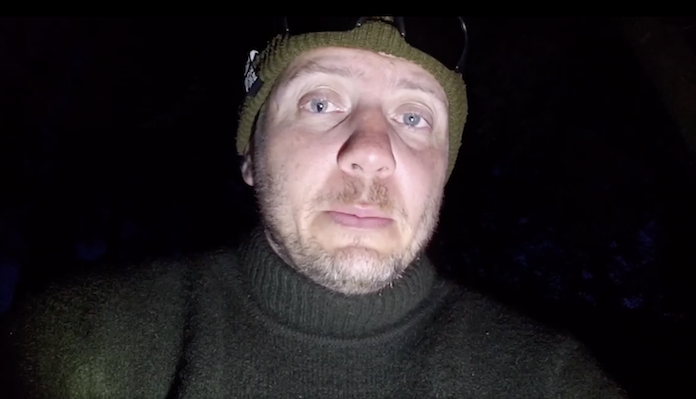 Former UFC welterweight Jonathan Goulet opened up about his lifelong battle with depression, saying at times he wishes he would die.

Goulet is a pioneer of mixed martial arts in Canada. The 41-year-old native of Victoria, Quebec, racked up a 13-5 MMA record between 2001 and 2005 while fighting for promotions such as UCC, TKO, SuperBrawl, and Extreme Challenge.

His impressive run on the regional circuit caught the eye of former UFC matchmaker Joe Silva, who brought Goulet into the UFC in 2005 when he marked a successful promotional debut with a doctor stoppage victory over Jay Hieron. Goulet would go on to have four separate stints in the UFC, racking up a 4-5 overall record with the world’s leading MMA promotion. The Quebecer even got to make the walk into the Bell Centre in Montreal twice, at UFC 83 and UFC 113.

Here’s the thing with Goulet: He was a very good MMA fighter and very gifted offensively. Retiring with a 23-12, 1 NC record, Goulet had 20 finishes to his record. However, he was also knocked out nine times, and over the years all those knockouts added up.

In 2010, after being knocked out by Chris Clements in Montreal, Goulet hung up his gloves for good. However, while he’s no longer fighting in the Octagon, he’s enduring another kind of fight. That is, the battle with depression, something Goulet had dealt with his whole life, and something he says has gotten even worse for him following his retirement.

Speaking to Quebecois publication La Voix de l’Est, Goulet opened up with his battle with depression. “The Road Warrior” admitted in the interview that his depression caused him so much unhappiness he didn’t even appreciate what a great career he had in MMA, making the UFC walk nine times and beating some talented veterans during his time.

“There is no age at all to suffer from depression. Me, at 10, I wanted to die. And after my career in mixed martial arts, I wanted to die again. But walking, getting some fresh air, it feels good, it helps fight disease,” Goulet said.

“I didn’t appreciate the career I had in mixed martial arts because of it. I was retired and everyone was saying to me: ‘Wow, you had a whole career, you even fought in UFC!’ But I didn’t see it like that because I was in pain. Today, I am able to savor what I have achieved.”

Walking is what Goulet is doing these days. In an effort to raise awareness about depression, Goulet started walking from his home in Quebec City in January with his goal of making it to Ottawa in April. According to Goulet, it’s little things like going for a walk that make him feel better these days. That’s why he is walking. Follow his journey on his Instagram. You can make a donation to his cause “The Warrior Route” as well.

“I have been at risk of struggling with depression all my life. But I know what is good for me. Getting some fresh air, playing sports (he had stopped everything after his career), having goals. For others, creation is a wonderful remedy. The light is at the end of the tunnel is there, but we must not be afraid to go and seek help,” Goulet said.

As Goulet says, he was already someone who dealt with depression even before he started competing in mixed martial arts, and all the blows to the head he took over the years surely didn’t help. Goulet is not the only fighter who has health with depression throughout their life. UFC women’s strawweight contender Karolina Kowalkiewicz, for example, also recently admitted that she had had a lifetime of depression.

There is still a negative stigma behind openly speaking about mental health, but things are improving these days. When professional athletes such as Goulet and Kowalkiewicz speak out, people tend to listen. We don’t know the exact relationship between brain trauma and mental health issues, but taking blows to the head for a living certainly can’t help. For these athletes who entertain the masses, we need to do better once they walk away.

Do you think the UFC should do more to help former fighters such as Jonathan Goulet?