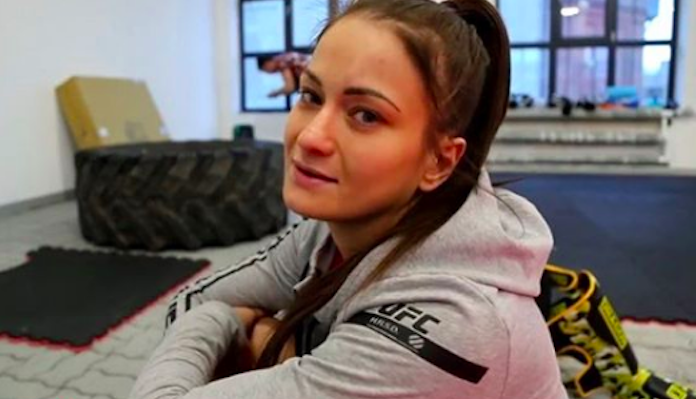 Former UFC strawweight title challenger Karolina Kowalkiewicz says she has struggled with depression and suicidal ideation in the past.

Kowalkiewicz, a native of Poland, is a member of the UFC strawweight roster. Speaking on Instagram on February 23, Poland’s Day of Combatting Depression, Kowalkiewicz opened up on her mental health struggles, and revealed that she’s battled depression and suicidal ideation previously.

“I was depressed as a teenager,” Kowalkiewicz wrote in the caption for her video post. “I went to a psychologist and psychiatrist. I was ashamed of it for a long time. Some friends called me crazy. Now I know that I have nothing to be ashamed of, and they should be ashamed of those who pointed their fingers at me. It was the most important fight I won, a fight for myself…

“I value my private life very much and I don’t like opening myself that much, but I hope my story will help at least one person,” Kowalkiewicz added.

Kowalkiewicz opened further in the video itself, revealing, according to Polish publication MMA Rocks, that she has self-harmed on several occasions previously.

“I crippled myself,” she said. “I cut, burned. Once, I was even so bad that I took the pills. I wanted to fall asleep and never wake up. I woke up in the hospital.”

Karolina Kowalkiewicz has been competing for the UFC since 2015. She began her run in the promotion with a trio of impressive wins over Randa Markos, Heather Jo Clark and Rose Namajunas, which set her up for a crack at her fellow Pole Jedrzejczyk and the strawweight title.

After coming up short to Jedrzejczyk via decision, Kowalkiewicz has experienced some big wins and tough losses. She’s regrettably come up short in her last four fights, losing to Jessica Andrade, Michelle Waterson, Alexa Grasso and Yan Xiaonan—all of whom classify as world-class opposition.