Daniel Cormier disagrees that Bo Nickal could beat Khamzat Chimaev based on wrestling credentials: “I struggled taking down Jon Jones”

UFC commentator Daniel Cormier believes Bo Nickal will be a future champion, but not yet.

‘The Allen Assassin’ has been the talk of the MMA world over the last few months. Already one of the most accomplished amateur wrestlers ever, he officially debuted in MMA in June. One fast knockout victory over John Noland later, and he received the call to fight on the Dana White’s Contender Series.

The former wrestler secured two wins on the series and was granted a UFC contract late last month. Nickal didn’t wait long to start making an impact either. He immediately called for a fight with the undefeated middleweight contender Khamzat Chimaev.

Many, including Henry Cejudo, argued that the three-fight veteran could already defeat ‘Borz’ easily. The reasoning is that Nickal is one of the most credentialed wrestlers to ever compete in MMA.

However, Daniel Cormier believes that fans should slow their roll just a little bit in regard to Bo Nickal. The UFC commentator discussed the wrestler’s fast rise on the DC & RC podcast. There, he praised Nickal and stated he would likely defeat Chimaev in a wrestling match.

However, the former champion believes that things are different in MMA. Cormier, who was a former Olympian, referenced his fight with Jon Jones as proof. ‘DC’ notably had issues taking ‘Bones’ down during their fights, despite being a much more accomplished wrestler. 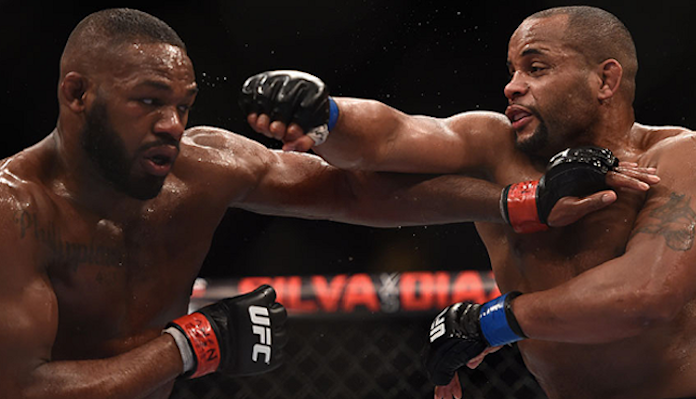 “Bo Nickal doesn’t allow for bumps in the road to really deter him or knock him off course,” stated Cormier during the podcast. “He’s always heading down one path, and that’s to be the best. When you match them up in just wrestling, I don’t believe that Khamzat can compete with him in just wrestling. But, in mixed martial arts that makes it a little more difficult to implement a strong wrestling base.”

He continued, “Look, I struggled taking down Jon Jones even though I was a much more credentialed wrestler. There are so many factors that go into effectively wrestling someone inside the octagon. So, I get what Henry [Cejudo] is saying and I think in time that maybe true. Today, I still think Bo Nickal needs a little bit of work.”

Regardless of Daniel Cormier and Henry Cejudo’s thoughts on how the matchup would go, Bo Nickal is currently scheduled. He’s set to return at UFC 282 in December opposite Jamie Pickett, where he is a mind-bogglingly large favorite to win.

Do you agree with Daniel Cormier? Are you excited about Bo Nickal’s return? Sound off in the comment section below PENN Nation!

This article appeared first on BJPENN.COM
Previous articleFrankie Edgar set to have his retirement fight at UFC 281 in New York against Chris Gutierrez
Next articleJake Paul plans to keep a “close eye” on Uriah Hall vs. Le’Veon Bell as he hints at fighting the winner in the future
© Newspaper WordPress Theme by TagDiv