‘The Answer’ has been out of action since his fight with Marlon Vera in New York last November. In that outing, ‘Chito’ scored a sensational comeback head kick knockout to get the victory. The loss was the second in a row for Edgar, who had previously been finished by Cory Sandhagen.

Following the defeat at UFC 268, the former UFC lightweight champion openly debated retirement. However, Edgar didn’t want to retire without having one more fight at Madison Square Garden, in his hometown of New York. It appears that the former champion will get his wish.

Brett Okamoto of ESPN MMA first reported that Frankie Edgar will indeed get his swansong at UFC 281 in November. The contest will be the former champion’s 30th UFC appearance, and he has quite the challenge. Standing opposite the New York native is the rising Chris Gutierrez.

‘El Guapo’ is one of the hottest fighters in the UFC’s bantamweight division. Gutierrez hasn’t lost in his last seven octagon appearances. During that stretch, he’s scored victories over names such as Danaa Batgerel, Andre Ewell, and Vince Morales. 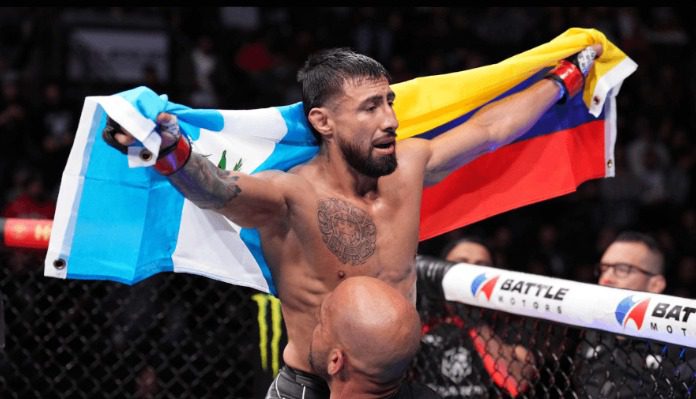 Furthermore, ESPN MMA confirmed that the bout will be the final of Frankie Edgar’s incredible career. The bantamweight contender rose to prominence in 2010, as he dethroned B.J. Penn to become UFC lightweight champion. He would make several defenses before dropping to 145-pounds in 2013.

There, the former champion proved to be a force, although he didn’t wind up capturing gold. In 2020, Edgar dropped down yet another weight class and showed that he was a contender at bantamweight by defeating Pedro Munhoz.

The addition of the bantamweight clash only bolsters the already great UFC 281 card. The event is set to be headlined by a middleweight title fight between Israel Adesanya and Alex Pereira.

Are you looking forward to Frankie Edgar’s return? Do you think he’ll win his final fight? Sound off in the comment section below PENN Nation!

This article appeared first on BJPENN.COM
Previous articleLe’Veon Bell reacts after booking fight with UFC veteran Uriah Hall on Paul-Silva undercard: “Hall is going to feel my punching power and tap out”
Next articleDaniel Cormier disagrees that Bo Nickal could beat Khamzat Chimaev based on wrestling credentials: “I struggled taking down Jon Jones”
© Newspaper WordPress Theme by TagDiv