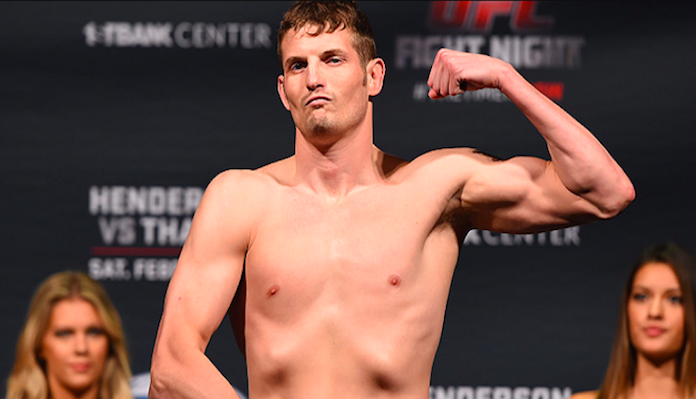 UFC featherweight Chas Skelly revealed the emotions that went through him when opponent Jamall Emmers did not enter the cage at UFC Vegas 19.

Skelly was set to make his return to the Octagon for the first time since a decision win over Jordan Griffin in September 2019. Skelly missed all of 2020 due to injuries and was looking forward to returning to the cage against Emmers. Skelly had already made the walk to the Octagon and was awaiting Emmers to join him, but the fight was canceled at the last minute when Emmers suffered back spasms during his warmups. The fight was scratched, leaving Skelly with two straight canceled fights after a bout with Grant Dawson fell through at the last second in January 2020. Safe to say Skelly is frustrated by all of the bad luck.

Speaking to the media after his fight at UFC Vegas 19 was canceled, Skelly said that his No. 1 concern right now is that he gets paid. Typically the UFC does give fighters their show money if they successfully make weight, but Skelly also wants his win bonus, too.

“I can’t be angry at anybody. To be perfectly honest, the only thing I’m concerned about is getting paid. I stepped in there, it’s beyond my control, I was in the cage. That’s the only concern I have. But to also just make sure Jamall’s okay. You don’t want anybody to get hurt like that. They said he had a back spam or back injury, I don’t know the extent of it, but that’s a scary thing, a bad injury. It’s really unfortunate and I just really hope he’s all right, to be honest,” Skelly said.

While some might suggest the UFC just re-book Skelly vs. Emmers for an upcoming card, it’s not going to be that easy. According to Skelly, it’s not easy for him to cut weight to make 145lbs, and cutting down again in a few weeks might be the best idea. Skelly is instead hoping the UFC can give him a small break so his body can recover from his training camp. He hopes to return to the Octagon in the coming months, and when he does, hopefully, this time he doesn’t have an opponent drop out at the last minute.

What was your initial reaction when Chas Skelly did not get to fight Jamall Emmers?