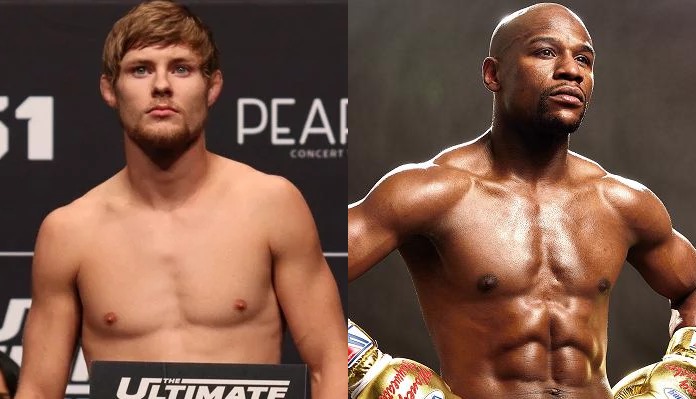 Bryce Mitchell is the latest MMA fighter to call out Floyd Mayweather.

Yet, the Arkansas native says his issue with the boxer happened 10 years ago and he wants to fight him for it. Bryce Mitchell also says he’ll hit Mayweather so hard he’ll finally be able to read. Of course, Conor McGregor joked that the boxer couldn’t read in the lead up to their fight.

“There is one person I’ll call out real quick and that is Floyd Mayweather,” Bryce Mitchell began on Ariel Helwani’s MMA Show. “He’s talking about he’s wanting to box some MMA fighter and you know I watched some interview of his probably 10 years ago and its pissed me off ever since… He said that MMA is for white dudes who can’t box. That is what he said word for word…

It seems highly unlikely Bryce Mitchell will get a fight with Floyd Mayweather but he has called for it. The undefeated featherweight is coming off of a twister submission win at UFC D.C.

What do you make of Bryce Mitchell calling out Floyd Mayweather and telling him he’ll hit him so hard he’ll be able to read? Sound off in the comment section, PENN Nation!