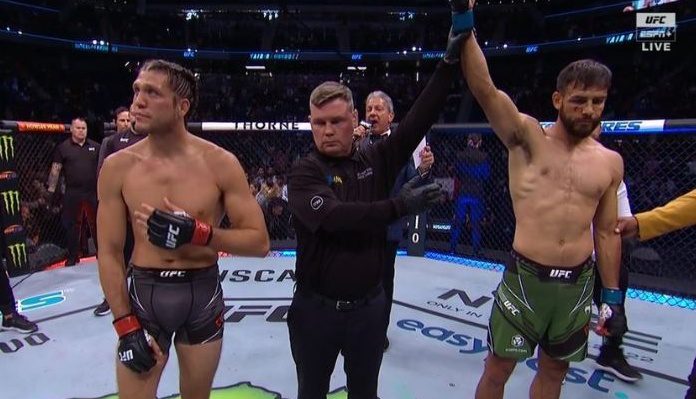 Brian Ortega has issued a statement following his loss to Yair Rodriguez at UFC Long Island.

The outcome was Brian Ortega suffering a first-round TKO setback to Yair Rodriguez after his shoulder seemingly dislocated in the final minute of a back-and-forth opening round. The 31-year-old contender has previously gone under the knife twice in dealing with shoulder injuries.

‘T-City’ took to Instagram yesterday and issued the following statement: 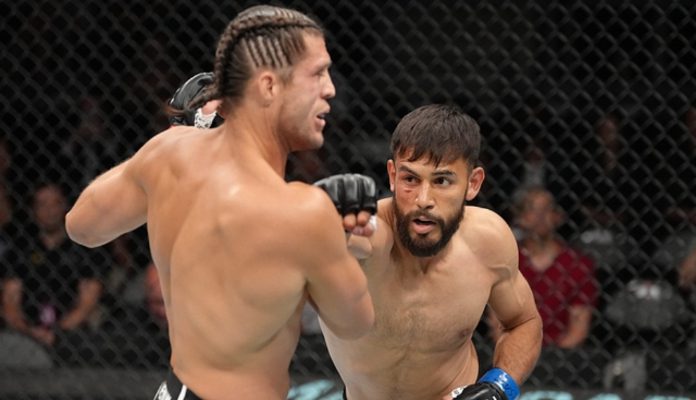 “Sorry to keep you guys waiting just been a rough couple of days and I had to wrap my head around all this. I have a 72 hour rule where I just keep to myself when I feel low and pick myself up.” Brian Ortega wrote. “I repeat I was never in any submission danger I grabbed my own hand and pulled my arm out to begin to pass to a more dominant position and it was then where a freak accident happened and I yanked my shoulder out of its socket . This was something I had no control of. As for the fight it was staring to shape up to be one hell of a war and things got cut short and for that I’m sorry 🙏🏽. Nothing but respect to @panteraufc. I know we will run this one back and give the world a proper Mexican Showdown! Thank you guys for your love and support I will now see the damage, and make a solid plan to get to you guys as soon as I can . Thank you 🙏🏽”

Once Brian Ortega returns to full health, will we see a Rodriguez vs Ortega II?