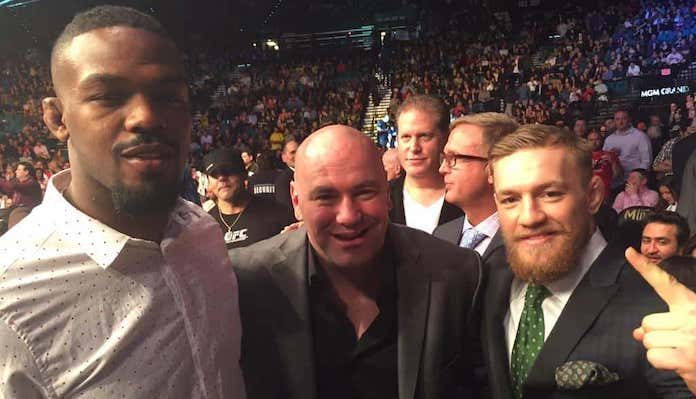 It appears that surging UFC light heavyweight contender Jan Blachowicz will not be the next man to challenge current division kingpin Jon Jones.

Blachowicz scored a viscous first-round knockout victory over Corey Anderson at last month’s UFC fight night event in Rio Rancho. The highlight reel finish served as Blachowicz’s third straight victory, this after he had previously notched wins over Luke Rockhold and Jacare Souza, and appeared to set him up for a future title shot with Jon Jones.

The Polish standout and ‘Bones’ even agreed to fight on Twitter shortly following the New Mexico event.

However, despite his recent efforts, Dana White recently revealed that promotion does not intend to give Jan Blachowicz the next light heavyweight title shot.

That opportunity will instead go to Dominick Reyes, who suffered his first career loss to Jones in somewhat controversial fashion at last month’s UFC 247 event.

Dana White announced the news during a recent Instagram Live Stream, as first reported by Jon Realejo of BloodyCanvas.

While it is definitely a tough break for Jan Blachowicz, there is no denying that Dominick Reyes is more than worthy of a rematch with Jon Jones.

Although ‘Bones’ was awarded a unanimous decision victory, many fans and analysts saw the bout differently, including UFC President Dana White.

A timeline for Jones vs. Reyes 2 was not supplied by the UFC boss as of this time.

With that said, one can expect that the rematch will take place sometime this summer, perhaps at July’s International Fight Week in Las Vegas.

Are you happy that the UFC has decided to book Jon Jones in a rematch with Dominick Reyes or would you have preferred that Jan Blachowicz had received the nod from promotional matchmakers? Sound off in the comments section PENN Nation!