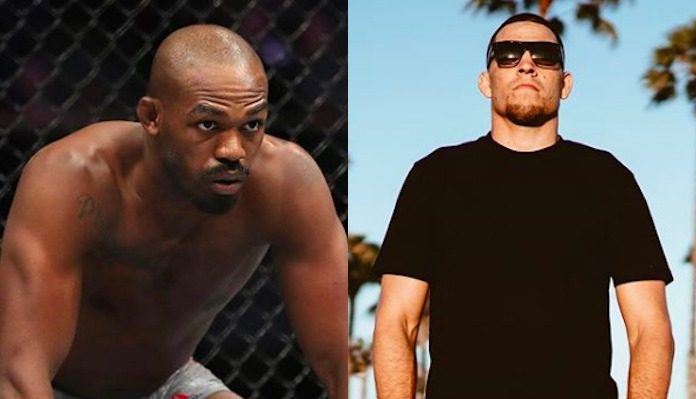 UFC light heavyweight kingpin Jon Jones has responded to Nate Diaz after the Stockton native suggested that no one is going to remember his fights.

The online feud began shortly after Conor McGregor had released his current MMA Goat rankings on social media. Although both Jones and Diaz took issue with the Irishman’s  greatest of all time list, ‘Bones’ was also not happy with Nate claiming to be the pound-for-pound baddest mother f*cker in MMA history.

‘Bones’ analysis was clearly not appreciated by ‘The Stockton Slugger’ who promptly fired back at the promotions light heavyweight champion by suggesting that no one would remember his fights due to steroids.

Nate Diaz has long insinuated that “everyone (in MMA) is on steroids” and obviously believes that Jon Jones’ prior failed tests for PED’s will ultimately tarnish his legacy.

Jones did not take well take well to the comments made by youngest Diaz brother and responded by telling Nathan to “stop”.

“Oh the dumb things we say when we’re stoned, stop Nate.” – Jon Jones wrote and then proceeded to delete on Twitter.

‘Bones’ was most recently seen in action at February’s UFC 247 event, where he scored a unanimous decision victory over Dominick Reyes to retain his light heavyweight title.

Jon Jones recently flirted with the idea of moving up to heavyweight for a super-fight with Francis Ngannou. However, the UFC was not willing to open up their pocket book and negotiations ultimately fell through. Jones has now turned his attention to top light heavyweight contender Jan Blachowicz for his next fight. 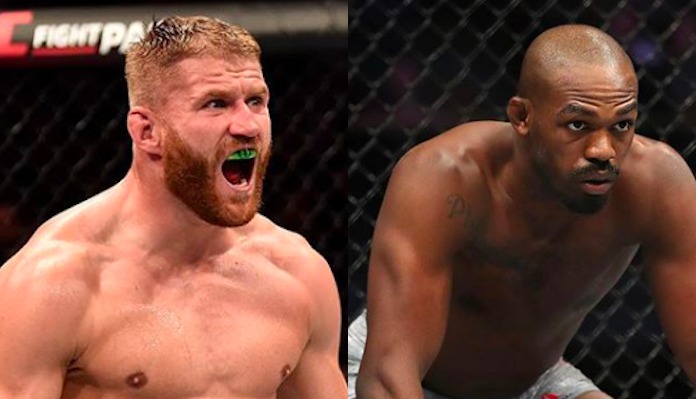 As for Nate Diaz, the Stockton standout is coming off a TKO loss to Jorge Masvidal at UFC 244 in a bout for the promotions BMF Title. Prior to the setback, Diaz was coming off a decision victory over former lightweight title holder Anthony Pettis at UFC 241.

Nate has been going back and forth with ‘Gamebred’ over a possible rematch, so it will be interesting to see if that bout gets made by the UFC.

This article first appeared on BJPENN.com on May 25, 2020