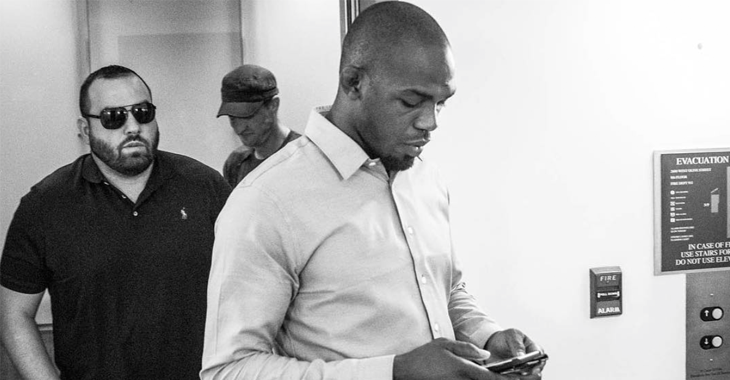 Things have been relatively quiet on the Jon Jones front ever since his B sample came back positive, aside from a few superfights that we have learned will pass us by. By now, his team are gearing up to defend themselves in a legal battle to prove Jon Jones was indeed innocent. From the very beginning, there was talks of sabotage or tainting. We’ve heard countless experts, media, and other fighters weigh-in on the Jon Jones controversy, but no one quite talks about it like the living legend Don Frye.

“Well, I mean, [Jon Jones] did it to himself, unfortunately. Something got caught. And not everybody gets caught but a lot more people do it than don’t, I’m sure. And Jon’s the greatest fighter to enter the cage but he’s just got a black cloud hanging over his head. He’s he’s gotta be free of, you know, he’s treading water but he’s got a couple of anchors tied to his ankles and it keeps dragging him down.” “The problem with these drug tests is they catch who they want to catch. So, with that being said, it could be tainted. If they wanted you to be positive, you will be positive. [Jon Jones] is a hell of an athlete to make an example out of, right? […] He’ll be back unless he OD’s or gets in a nasty car wreck or something. He’ll just not, you know use the stuff before the fight. You know, it’s a part of his life, part of the recreational – hell, that’s his business until he runs into somebody who’s pregnant. Sh-t, he may not live long enough to come back in four years.” – Don Frye speaking to Submission Radio.

Whoa, there are some interesting views on USADA by Don Frye. Whether those allegations are true or not, Jeff Novitzky (UFC Vice President of Athlete Health and Performance) has made a career from busting sport’s biggest athletes, most notably Lance Armstrong. Regardless of how Jon Jones received the results on his drug test, he has his day in court and is still presumed innocent until that happens. If he is found guilty and there is no foul play, a domino effect of consequences will follow that has already begun.