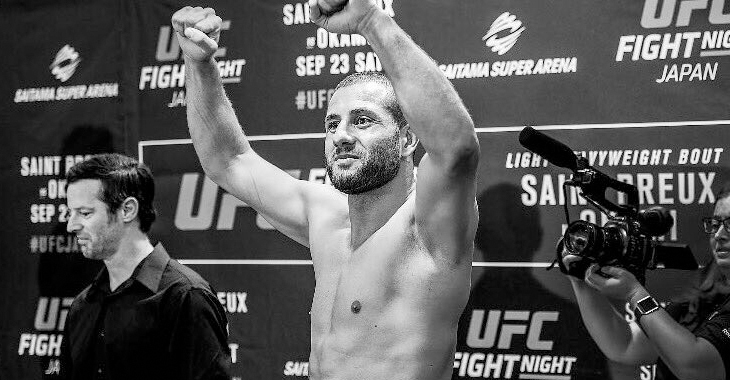 With Mauricio ‘Shogun’ Rua off the UFC Japan card, there’s not many big match-ups beside the criminally underrated fight between Claudia Gadelha and Jessica Andrade. Another fight that has slipped under the radar, is the UFC debut of K-1 and Glory kickboxing veteran, Gokhan Saki. After his opponent Henrique da Silva made a bold claim that he was going to knock Saki out, Alistair Overeem made it known he thought old friend Saki would take home the win. Now, Gokhan Saki himself speaks up about his opponent’s prediction.

“During the face-off, what I saw in his eyes is that he is not confident. He knows what’s going to happen tomorrow – that’s what I could see in his eyes. I don’t know why these people say [things like that]. It makes me think that they don’t know what fighting is. I don’t understand how he can say he will beat me by KO. Every fight starts standing. Even if it’s on the ground or whatever, if they understand what fighting is, they would never talk like this. The people who say these things are hating on me. I don’t know a lot of other people that really think he is going to knock me out. Maybe if it was just three minutes he would have a chance because he could just run away. Five minutes is long enough for me to kick his ass.”

When people stand in your way, you go right through them. #ufcjapan #ufc #almost #time pic.twitter.com/yZSKO7K6mL

“That would be the best thing for me. A fight is a fight. If I can finish it in the first second, I will finish it in the first second. It will not take long. I will take the risks. It would be amazing for me to come away with the big KO. […] It’s not going to be easy, it will be a fight until the end. Anything can happen with these small gloves. All I know is that I’m training very hard, and I’m hitting very hard. I’m ready for everybody. I’m going to bring something new to this whole game. It won’t be just at light heavyweight, every weight division and everybody in the sport is going to be excited when they see what I do. I’m going to share something crazy in there and people are going to get even more excited to watch my fights, and to watch the UFC.” – Gokhan Saki speaking to MMA Fighting

As you can see, Gokhan Saki doesn’t just want to make an impact by KOing his opponent tonight, he wants to cause a veritable crater in the entire UFC. There’ currently a lot of room for a big exciting star in the UFC’s light heavyweight division, especially with Jon Jones’ future up in the air. Gokhan Saki’s UFC debut is definitely something you don’t want to miss. UFC Japan goes down TONIGHT (not Saturday) with the FXX prelims starting at 8pm EST.