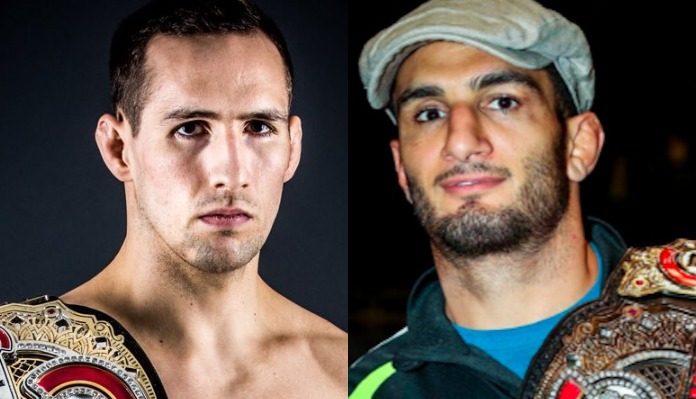 Mousasi was able to pick “The Red King” apart with a nasty jab for the opening five minutes of the contest.

In round two Mousasi was able to get the fight to the floor where he began raining down some nasty ground and pound on the current Bellator welterweight title holder Rory MacDonald.

Gegard Mousasi would eventually move to half guard before quickly transitioning to full mount. Once there, “The Dreamcatcher” unloaded a plethora of hard elbows that had MacDonald in all sorts of trouble. After a taking a long hard look at the damage Rory was enduring, the referee stepped in and mercifully called a stop to the one-sided contest. (Watch the finish here)

Here is how the pros reacted to Gegard Mousasi’s sensational performance against Rory MacDonald at Bellator 206:

Quicker than I thought. Gegard is great to watch, technically proficient everywhere.

Rory always showing heart he a true champ. Hats off to Musasi for showing why he the middleweight champ!

What an insane night of fights 🔥🔥@BellatorMMA #bellator206

Who would you like to see Gegard Mousasi defend his Bellator Middleweight World Title against next? Sound off PENN Nation!