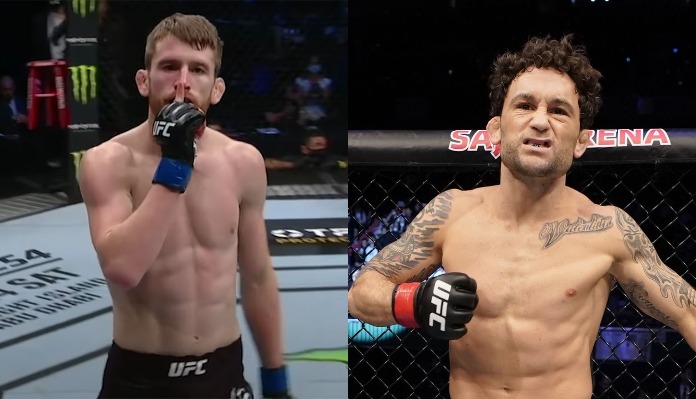 Round one of the UFC Vegas 18 co-main event begins and Frankie Edgar comes forward quickly and lands a low kick. Sandhagen circles along the fence. He steps in with a flying knee and this one is all over. Edgar is out cold.

THE SANDMAN HAS PUT EDGAR TO SLEEP. #UFCVegas18 pic.twitter.com/z4flxeDG05

Who would you like to see Sandhagen fight next following his KO victory over Edgar this evening in Las Vegas? Share your thoughts in the comment section PENN Nation!