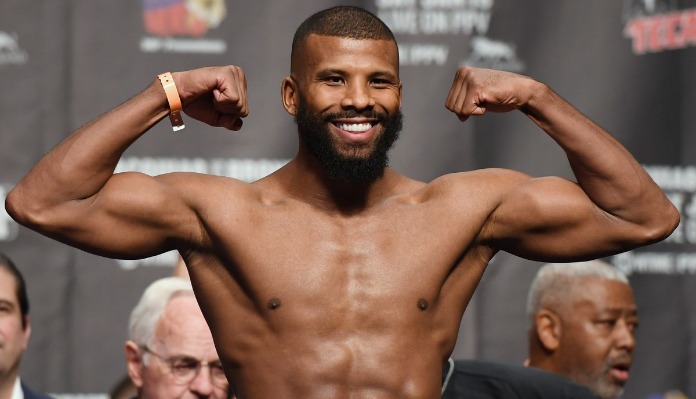 Badou Jack is not impressed by his upcoming opponent, Blake McKernan.

On the Mike Tyson vs. Roy Jones Jr. undercard, Jack is looking to get back into the win column against McKernan. Although his opponent is undefeated, he is not well-known in the boxing community and Jack says he is only fighting him to get paid to donate all the money to his charity.

As Badou Jack says, he is used to fighting world-class fighters. In his last eight fights, he has been defending or fighting for a world title until this fight.

So, for Jack, he is confident he will get his hand raised as he doesn’t think McKernan on his level and this is his 15 minutes of fame.

“That is his 15 minutes of fame, let him do what he does. He hasn’t been on this level and doesn’t know how to behave,” Jack said. “He even said I haven’t fought a fighter like him which is a f*****g joke. He’s going to find out. I respect everyone in the ring but there are levels to boxing.

“I’m going to win the fight and I will show him there are levels to boxing. You can’t go from club level to fighting a world-class fighter,” he continued. “I’m better at everything. Skills pay the bills. Adonis Stevenson is one of the biggest punchers in boxing and I took his punches so what is this guy going to do?”

Entering the fight, Badou Jack is a massive favorite, and many believe he will get an early knockout. However, Jack isn’t putting any pressure on himself to get the finish, instead, he is focused on getting his hand raised but knows he will finish the bout.

“It is no pressure, I am just excited. The way he is talking, especially for the press conference, it’s motivating. Of course, I need to win every fight. I won my last couple of fights except the Brown fight,” Badou Jack concluded. “Other than that, I feel great and will put on a great performance on November 28.”

Do you think Badou Jack will KO Blake McKernan?