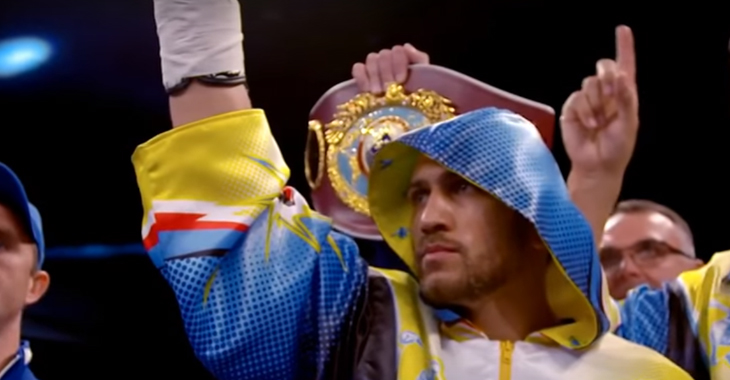 Vasyl Lomachenko is fresh off his dismantling of Miguel Marriaga, but his body did not settle into a state of rest. Just like his fighting style, he’s constantly moving. Like some sort of mysterious particle that flashes in and out of existence, Lomachenko left The Matrix for a moment to try and get Conor McGregor’s attention. That’s right, the Ukrainian southpaw reached out to McGregor on Twitter to see if he needed a new sparring partner.

. @TheNotoriousMMA need another sparring partner to test your skills against? 📞……………….

There are so many questions: Was he serious? Does he just want to beat up McGregor, or actually help him prepare for Floyd Mayweather? It could be a little bit of both. Who knows, maybe it’s a little payback for doing Paul Malignaggi wrong by releasing those knockdown photos after Malignaggi offered his services.

Either way, it’d sure be awesome if McGregor took Lomachenko up on his offer. Getting demoralized by an elusive boxer is just what McGregor needs before he takes on Mayweather. The offer is on the table now, so it’s McGregor’s choice on whether he wants to take the blue or red pill or not. Good thing for Lomachenko is that he’s so fast that the camp’s photographers probably won’t even be able to snap pics for later publication.

Do you think Conor McGregor could benefit from some rounds with Vasyl Lomachenko?