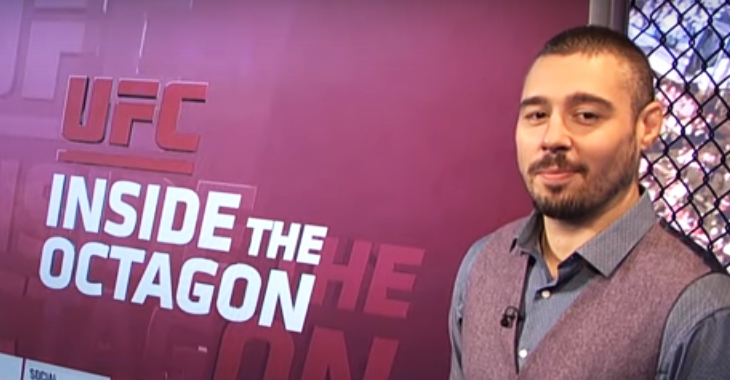 Since stepping away from MMA competition, Dan Hardy has slipped into the shoes of an analyst better than nearly anyone who has followed his footsteps. His Inside the Octagon breakdowns, as well as his work at the desk, solidified himself as a wizard behind the curtain who really knows what he’s talking about. The fruits of his labor have really paid off this time, following the latest announcement that he will join the UK and Irish broadcast of Conor McGregor boxing Floyd Mayweather. “All of the other martial artists were making it up as they go along, so I feel in love with boxing from a young age. I grew up watching the likes of Nigel Benn and Chris Eubank and I have trained alongside the likes of Carl Froch. I know what it takes to get into the boxing ring and I know how difficult it is to become supremely skilled in such a narrow skillset like that because I’ve been in there with boxers and I’ve been pushed around. As soon as it becomes a mixed martial arts fight, [boxers] become interested. There have been questions that have come from them in the past that will prepare me for this, I think. I understand the boxing mentality and I understand what they’re going to be looking at as far as Conor McGregor as a new addition to the sport.” — Dan Hardy via conference call as transcribed by MMA Fighting.

The former UFC welterweight contender also had some key things to say about the current work done by Brendan Schaub. The internet has already weighed in ever since the very first announcement of Schaub’s involvement, but that’s different than Hardy’s two cents. It’s no surprise, that Hardy says he is looking to provide a more cerebral approach than what Schaub has brought to the table so far.

“As much as like Brendan Schaub, I’ll admit that I thought a lot of the stuff he was saying was hot air. There were a lot of superlatives and celebration. There was not a great deal of substance to his analysis. He didn’t tell me where Conor should put his feet, where he should hold his hands, what we should be looking out for, what Floyd is going to be looking to do against a southpaw that fights outside of his normal range… there wasn’t really any analysis. It was more yelling over each other. What I’m hoping to bring to the table is some knowledge and some intellect.”