Bellator president Scott Coker has given his thoughts on Dillon Danis’s boxing match against KSI.

‘El Jefe’ has been out of the cage since a submission victory over Max Humphrey in June 2019. That win was just the second in Danis’s career in MMA, as he debuted the prior year with a toe-hold submission win victory over Kyle Walker.

Despite high hopes for the jiu-jitsu expert, he then took a step back from fighting. While he was highly active on Twitter during that time, Danis declined to fight in the cage. Instead, he began calling out YouTubers such as Jake and Logan Paul for matchups in the boxing ring.

In the end, Dillon Danis won’t be fighting a Paul brother, but he will be fighting a YouTuber next. KSI, who previously defeated ‘The Maverick’ in 2019, will face the MMA fighter next month on DAZN pay-per-view. ‘The Nightmare’ returned to action in August, defeating two opponents in one night.

The fight announcement didn’t come as a shock to Bellator president Scott Coker, as he signed off on the contest. However, that doesn’t mean that he expects Danis to walk through the boxing match unscathed.

At the Bellator 289 post-fight presser, the promoter revealed that he told Danis that he would have his hands full in January. However, Coker is very happy that the welterweight is getting the opportunity. 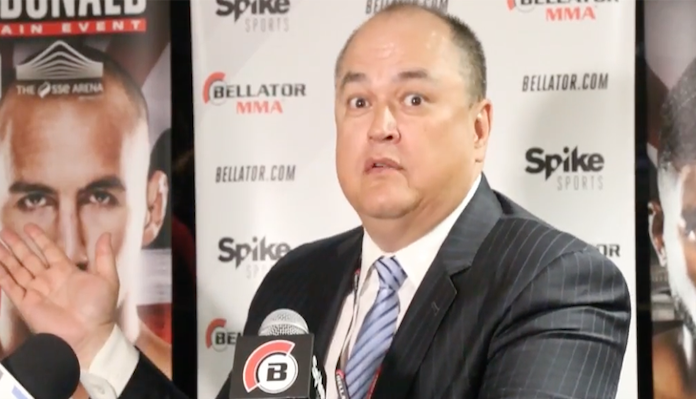 “Dillon wants to go take this boxing fight and I said, ‘Good luck,’” Coker said. “‘You’re going to have your hands full, young man.’ He’s still under contract, and we’ve been trying to get him to fight for a long time. He saw an opportunity here with KSI, so I wish him luck.” (h/t MMAFighting)

He continued, “It’s a good deal for him, I don’t want to hold that back and be that promoter. So we said, ‘Yeah, go ahead you guys can work it out’. So, we’re going to see what happens in that fight.”

What do you make of these comments? Will you watch Dillon Danis vs. KSI? Sound off in the comment section below PENN Nation!

This article appeared first on BJPENN.COM
Previous articleSean Strickland reacts to Josh Thomson’s recent criticism of UFC President Dana White: “Dana is a business man and we are the cattle”
Next articleMagomed Ankalaev issues statement on his split draw against Jan Blachowicz at UFC 282: “It’s hard to describe the words”
© Newspaper WordPress Theme by TagDiv