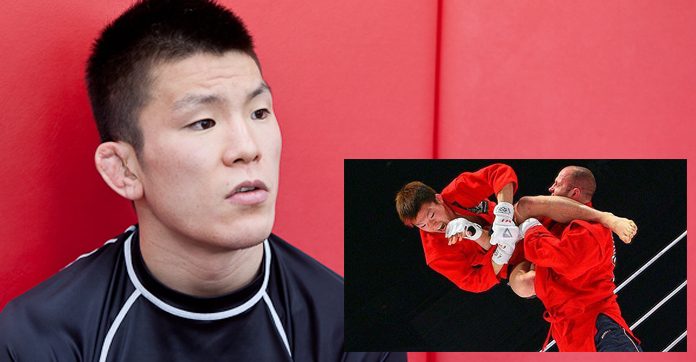 Ever wondered how to pull off that slick flying armbar you see in jiu-jitsu competitions? Well, one of the best in the world at this particular move is EVOLVE MMA’s Shinya Aoki.

The flying armbar is a maneuver that requires a lot of timing and speed. Once you are in a good position to execute it, you must do it quickly. 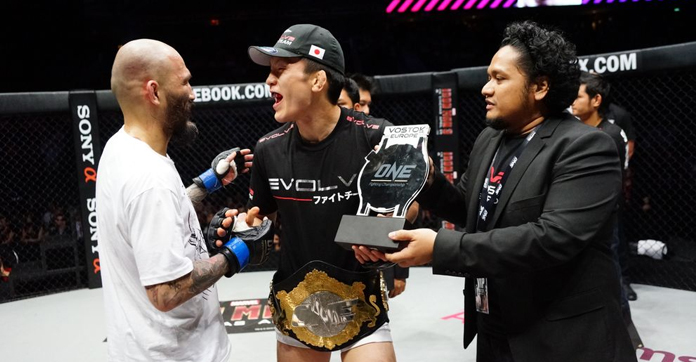 Start off by pulling your opponent towards you to minimize the distance. With your right hand, hold behind your opponent’s head while your left hand overhooks the arm.

As your left leg swings up, place it on the other side of your opponent’s head. Do not release your grip at any point. As you extend your legs, your opponent will roll down onto the floor. Keep your grip and switch your right grip to his arm. Continue to hold your opponent’s arm in this position, and move your grips higher.

Ensure that your opponent’s thumb is pointed up and that you are trapping his arm tightly with your legs. Raise your hips to finish the submission.