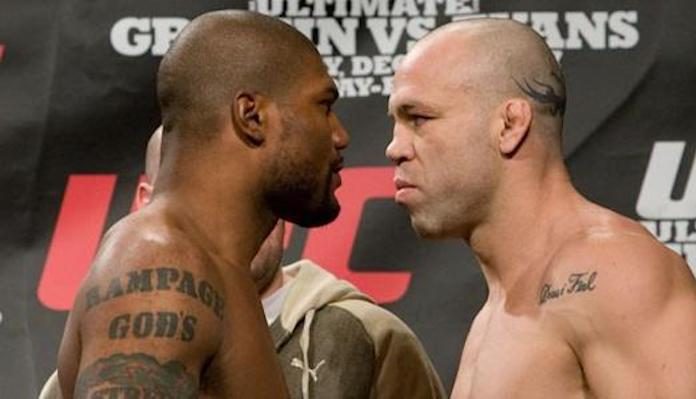 We’ve only seen the ‘Axe Murderer’, Wanderlei Silva step foot in the cage once in the last five years. That time being for when he headlined Bellator’s big Madison Square Garden show, Bellator 180 opposite his longtime rival, Chael Sonnen.

‘The American Gangster’ would go on to earn the unanimous decision victory by grinding out Silva in his usual fashion and then enter into Bellator’s heavyweight Grand Prix title tournament where he would defeat Quinton ‘Rampage’ Jackson in the opening round.

Silva, a former opponent of Jackson’s on three separate occasions spanning through Pride and the UFC has been hoping to have a fourth meeting with the former UFC light heavyweight champion at some point in the future. A series in which Silva currently holds a 2-1 lead in.

Although he isn’t in a hurry to return to the cage, Silva told MMAJunkie radio recently that he still wants the fourth Rampage fight and if he doesn’t get that he would be interested in two other MMA legends.

“I think Bellator ought to give me Dan Henderson,” Silva stated, “Maybe Vitor Belfort is going to come to Bellator. I think people like to watch our fights.”

Both Henderson and Belfort have fought Silva in the past. Against Henderson, he is 1-1 and against Belfort, 0-1.

Belfort on the other hand just retired this past Saturday at UFC 224 after a loss to Lyoto Machida.

Silva and Belfort were actually supposed to rematch each other at UFC 147 after coaching the first season of The Ultimate Fighter: Brazil but Belfort was forced out with an injury resulting in Rich Franklin replacing him. Silva would lose the Franklin rematch by unanimous decision.