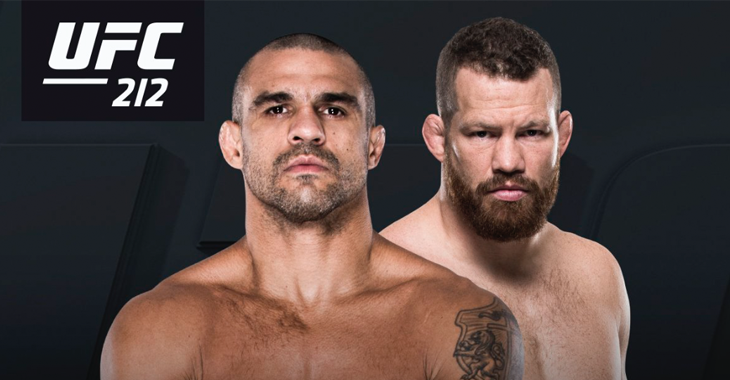 On June 3, on the main card of UFC 212, MMA legend Vitor Belfort will fight the last fight of his incredible career in front of thousands of his loyal Brazilian fans. At least, that’s what we thought.

When it was announced that Belfort would be fighting a fellow MMA veteran in Nate Marquardt on the card, the understanding was that this was his retirement fight. Apparently, however, this is not the case.

“[I will] leave the UFC, but I’ll continue competing,” Belfort said (translation via MMAFighting.com). “Fighting is my passion. Too bad that MMA hasn’t become a serious sport yet. Maybe I’ll help change this scenario.”

Belfort will enter his fight with Marquardt having been knocked out or TKO’d in his last three bouts. His most recent bout saw him stopped by the surging Kelvin Gastelum, though this outcome was deemed a no-contest when Gastelum was later popped for marijuana metabolites. Prior to that, Belfort was stopped by Gegard Mousasi strikes. His third most recent fight, finally, saw him thrashed by Ronaldo “Jacare” Souza. Before this, he scored a knockout win over an aging Dan Henderson, though this win was preceded by another TKO loss to former champ Chris Weidman.

Marquardt, meanwhile, was last seen in the cage in January when he gave up a decision to Sam Alvey. Prior to this loss, he scored crushing knockout over Tamdan McRory, experienced his own knockout loss to Thiago Santos, and scored another highlight reel knockout win over CB Dollaway.

What do you think Vitor Belfort means when he says he’ll continue competing? Is he hinting at a move to Bellator or Rizin, or does he perhaps mean that he’ll compete on the grappling circuit?