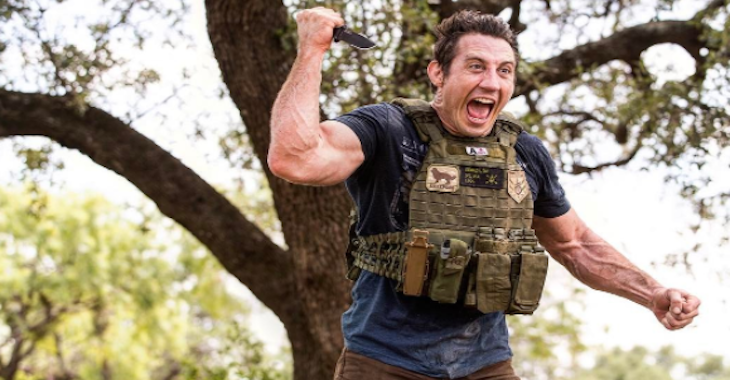 The great American writer Ernest Hemingway once said “nobody ever lives their life all the way up except bullfighters.” If Hemingway had lived long enough to witness the explosion of mixed martial arts, he might just have revised that statement to include “…and mixed martial artists.” Regardless, the writer probably would probably be very impressed by Tim Kennedy: a military man, a professional fighter, and now – apparently – a bullfighter.

On Monday morning, Kennedy shared a short clip of his foray into the bullfighting world to Twitter, and lets just say he’s got guts.

“It just goes from bad to worse,” Kennedy said in the caption for the video. “You only get one life and the one is far too short. Better get to living.”

How Kennedy found his way into the bullfighting pit is not clear – though his friendship with fellow fighter and infamous daredevil Donald “Cowboy” Cerrone certainly seems to provide some clues.

Kennedy was last seen in the Octagon in December when he gave up an early lead to succumb to a violent onslaught dealt by surging middleweight contender Kelvin Gastelum. In the wake of this loss, he elected to retire from the sport of mixed martial arts – though his involvement in the sport certainly didn’t end there.

Since he retired, Kennedy has stayed busy as a member of the Mixed Martial Arts Athletes Association (MMAAA) – an organization that, while recently quiet, is apparently still fighting for the rights of mixed martial artists.

What do you think of this crazy bullfighting video from Tim Kennedy?